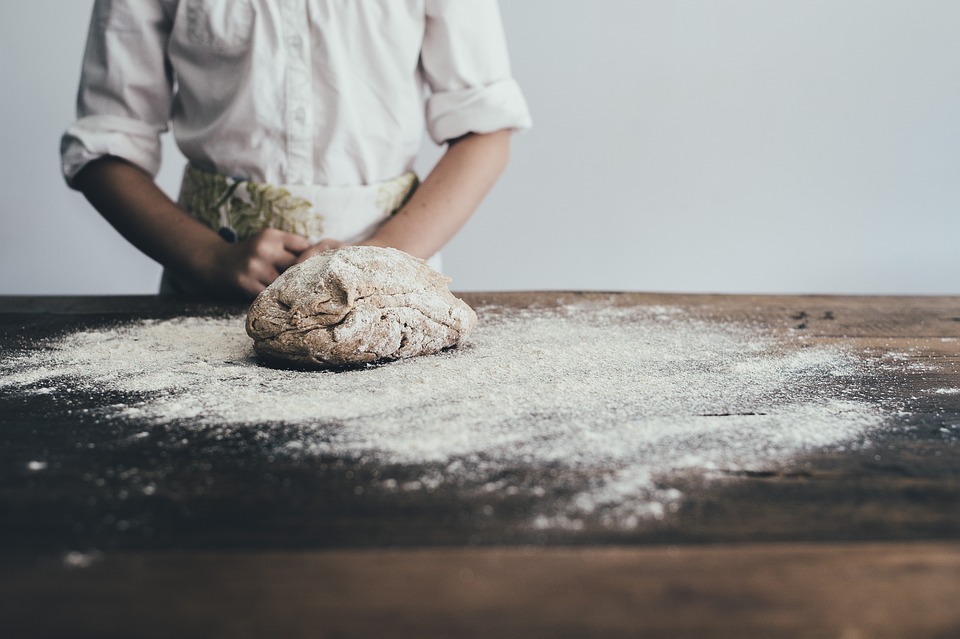 Flour is a necessary ingredient in baked goods such as bread, biscuits, cakes, and cookies. Vegans can eat this pantry staple with no problems. Can vegans eat flour?

Flour is vegan since it is made from organic grains and all grains come from plants.

However, as any dedicated vegan knows, it is still important to read the ingredients list carefully because a manufacturer may occasionally include a non-vegan material into their flour.

For thousands of years, humans have used flour, making it a dietary staple. Flour was always an easy-to-produce food.

Nowadays, flour is a soft powder made from a variety of substances. Typically, flour is made from wheat. However, it can also be made from almonds, chickpeas, corn, rice, and bananas, amongst other cereals and foods.

All of these methods will produce a dry, powdery material that varies in consistency and flavor depending on the source.

Yes, flour is vegan because it is made from organic grains. Since all grains are plant-based, there are no issues with flour being a non-vegan product.

Flour is a great choice for vegans because it does not involve any animal cruelty. However, a real vegan strives to limit all forms of harm, including those caused by humans.

Some flour may be produced using inhumane practices, but it is generally not so. Look for fair trade flour and brand names that have been fairly balanced in accordance with environmental and humanitarian issues. 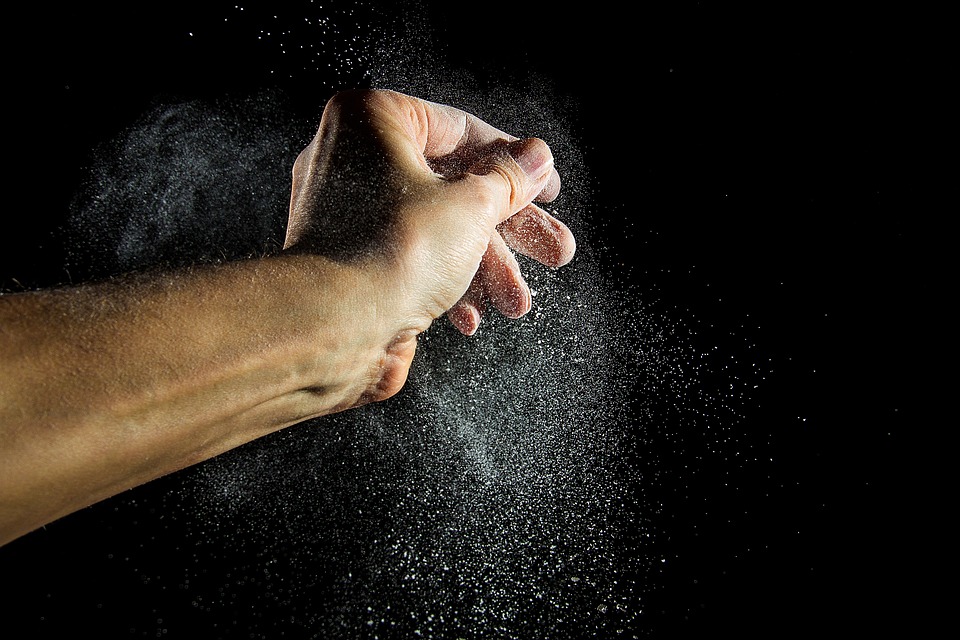 Flour is a nutritious food for both vegans and non-vegans. The reason for this is that the primary source of all types of flours is often high in critical minerals and vitamins. Most importantly, flour, particularly wheat-based flour is rich in carbs.

Unless you have a gluten allergy or celiac disease, flour is not always bad for you, although some flours are healthier than others.

Whole wheat flour has more of the elements found in wheat than refined flour, and it has several health advantages. It has a lot of fiber, which helps with digestion lowering your overall calorie intake.

Whole wheat flour has more vitamins than all-purpose or white flour. On the other hand, almond flour is also a great plant-based option. Since almonds are recognized for their high nutritional worth, it is a great flour to use in some of your favorite baked goods.

Almond flour is also gluten-free, making it a healthy and nutritious baking alternative.

Wheat flour can alternatively be labeled as “whole wheat flour” or “wheat flour,” both of which include gluten and cannot be consumed as part of a gluten-free diet.

Gluten-free flours are those manufactured from starch other than wheat, barley, or rye. If a label reads gluten-free, it means it follows the FDA’s gluten-free requirements and is safe to eat for people who follow a gluten-free diet.

Wheat flour and most wheat flour equivalents are off-limits on the keto diet due to their high carb content. While some of the keto-friendly flours include some carbohydrates, they are also high in fiber and have a low net carb count.

Below are some of the finest keto-friendly flours:

The most used flours for baking are almond flour and coconut flour. With these keto flour substitutions, you may eat your favorite bread, sweets, spaghetti, crackers, and breaded dishes without feeling deprived of carbohydrates.

What Types of Flour Are Vegan? 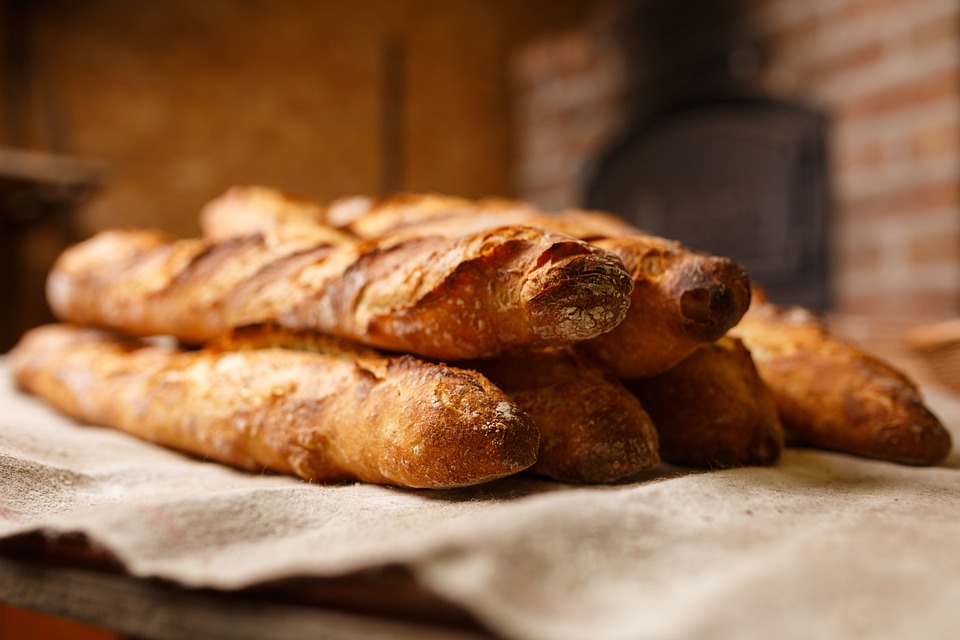 To begin with, 99.9% of the time, flour is vegan. There are many various kinds of vegan flours on the market that you may use to try out different tastes.

Make sure you read the ingredient list thoroughly to look for any strange agents or additions. It is better to choose organic and single-ingredient flours to ensure that no inappropriate components are present.

The following popular flours are suitable for vegans:

Almond flour, which is prepared by crushing and grinding almonds into a fine powder, is an obvious choice for vegan flours.

The skin of the almond is removed, resulting in a light brown or yellowish hue in the flour. Moreover, if you are wanting to eliminate calories from your diet and lose weight, it is a fantastic component to include in your breakfast.

Another vegan flour that works well in baking is coconut flour. Many vegans use it as a replacement for wheat flour because it is gluten-free and low on carbohydrates.

It is also one of the highest sources of fiber and can help you lose weight. Furthermore, coconut flour is a gluten-free flour and is high in fiber and protein.

Corn flour, often known as maize flour, is widely used all over the world. Additionally, corn is a widely eaten food that is also nutrient-dense.

A smooth and fine texture is typical of powdered flour. It has a unique maize flavor and a bright yellow color to the dish. However, depending on the corn type, corn flour may seem blue or white.

What is Self-Rising Flour?

Self-rising flour consists of a combination of baking powder, salt, and regular flour. Just like white flour, self-rising flour is likewise vegan. Baking powder is only a leavening ingredient, thus there are no animal products in this recipe.

It is a bit of a cheat product in that it is just a combination of other already-existing components. Self-rising flour replaces the requirement for yeast. Many foods, from pizza to biscuits, can be made with it.

Can vegans eat flour? Almost all flour is vegan, and both vegans and vegetarians can eat it. However, it is still necessary to keep an eye out for non-vegan flour that contains animal ingredients.

Baking mixes, for example, are mostly flour. However, some may contain eggs and dairy, which are not vegan. Avoiding them is crucial to living a vegan lifestyle, so make sure your purchase is cruelty-free before making a purchase. 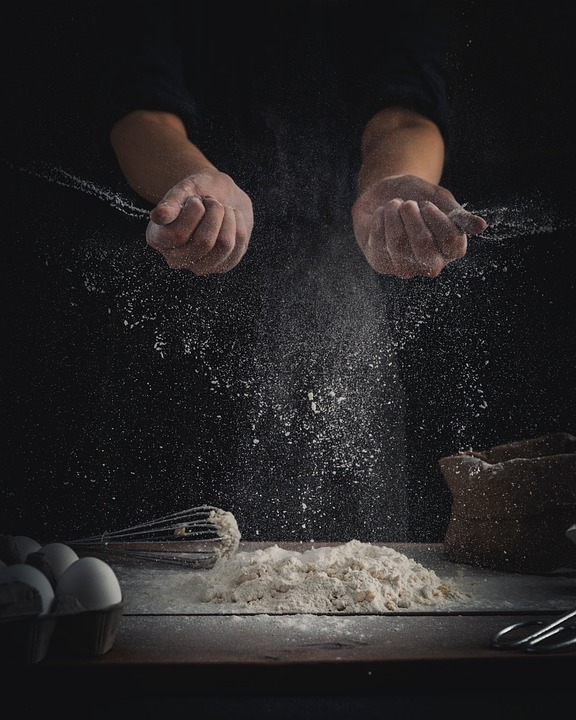