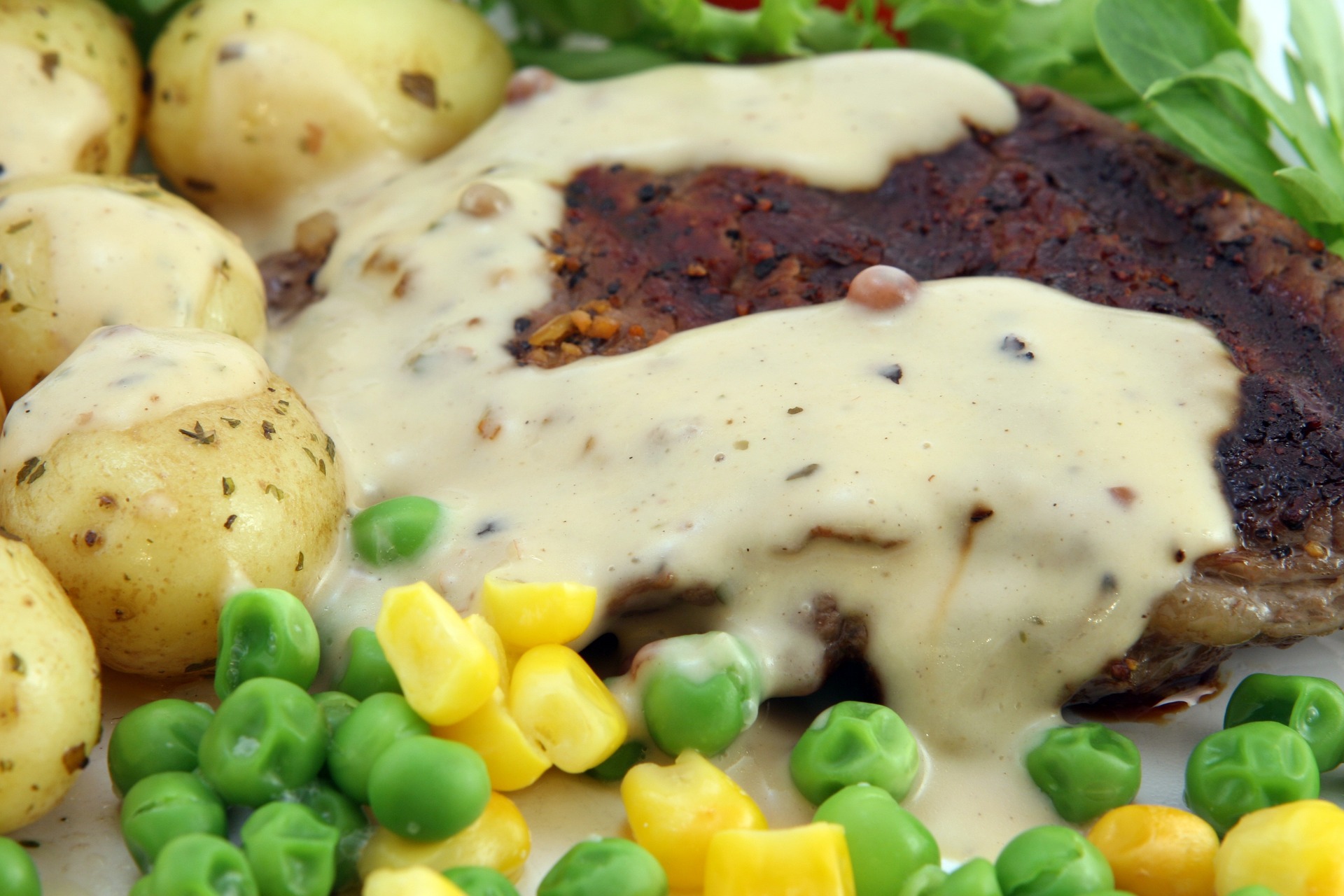 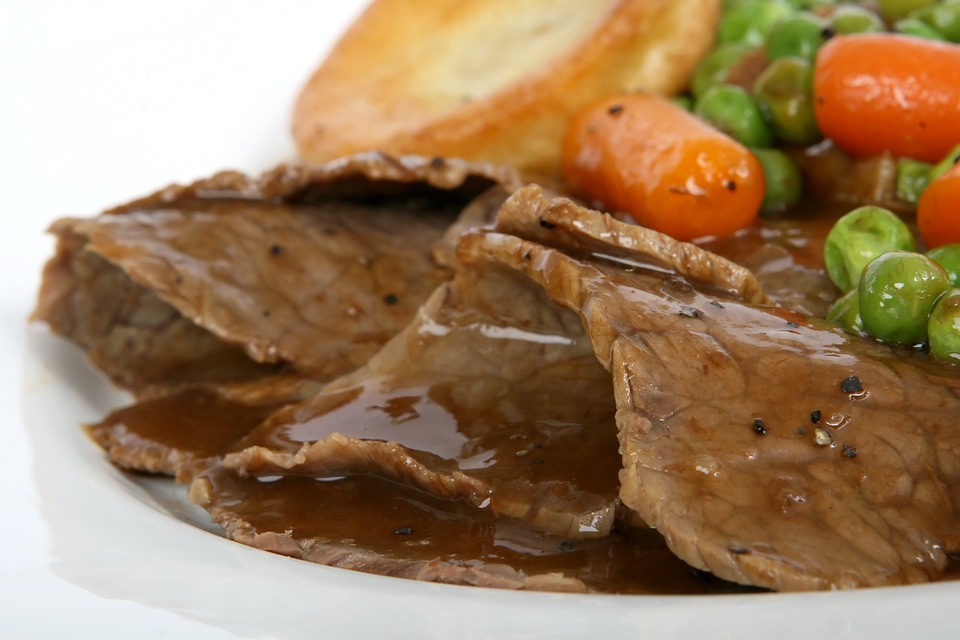 Gravy is the staple dish to make for a Thanksgiving dinner. There is no better way to enjoy a Thanksgiving meal than with gravy. It is ideal for any special event as well as holidays like Christmas. But can vegans eat gravy?

Different types of gravy are made up of different ingredients. For a gravy to be vegan-friendly, it all depends on the ingredients and the methods for making it.

Chicken, beef, and meat as a whole are off-limits to vegans. For vegans and vegetarians, selecting gravy can be a difficult and challenging task since most traditional gravy is non-vegan.

However, the manufacturing of modern gravy granules frequently includes plant-based materials, unlike traditional gravy, which historically uses beef juices to drizzle over meals.

Since the word can be found in many medieval French recipes, it is assumed that the name “gravy” originated in French and initially appeared in Middle English as gravé.

The original medieval meaning was clear. The name refers to the natural cooking liquids that spread from roasting meat and made up the gravé. They particularly served it with breakfast or dinner meals.

Production of gravy includes the juices of the meat with a mixture of a liquid, for instance, chicken stock, milk, wine, or beef broth. The plain fluids that are still in the pan after cooking the chicken, meat, or fish can also be referred to as gravy.

Furthermore, cornstarch, flour, or another thickener helps to thicken the gravy. Adding flour or roux to gravy to thicken it was a frequent method in rural cooking at this time in both England and America.

A vegan diet prohibits the use of any meat, egg, cheese, and dairy products that come from animals. Therefore, a vegan gravy should not include any meat or byproducts of animals.

To call a gravy vegan all depends on the type of gravy you are planning to order or purchase. Keep in mind the gravy served at popular restaurants that also have a large selection of animal items on the menu is mostly non-vegan.

Restaurants may cook gravy using beef broth or powder, butter, or meat drippings. However, there are always vegan substitutes for gravy available. Even your local grocery store may have a wide selection of cruelty-free products.

Although vegan gravy is easily accessible in stores, traditional gravy still contains meat. Some brands may not have any animal items listed in the ingredients. There may be cross-contamination during the production phase since they may be made on the same assembly line as other goods that contain animal products.

A traditional gravy mostly derives from the natural fluids spread from cooked meat and is sometimes thickened with corn starch or wheat flour for texture. Technically, gravy is a concoction of flour, stock, and extracts from meat.

To make a vegan gravy at home, you can sauté sweet-spicy onion and umami-rich mushrooms in olive oil. Preparing the gravy from scratch is quite similar to making non-vegan gravy. Here’s a vegan gravy recipe to try!

The only difference is the flavorings. These gravies frequently contain nutritional yeast as well as vegetable broth. 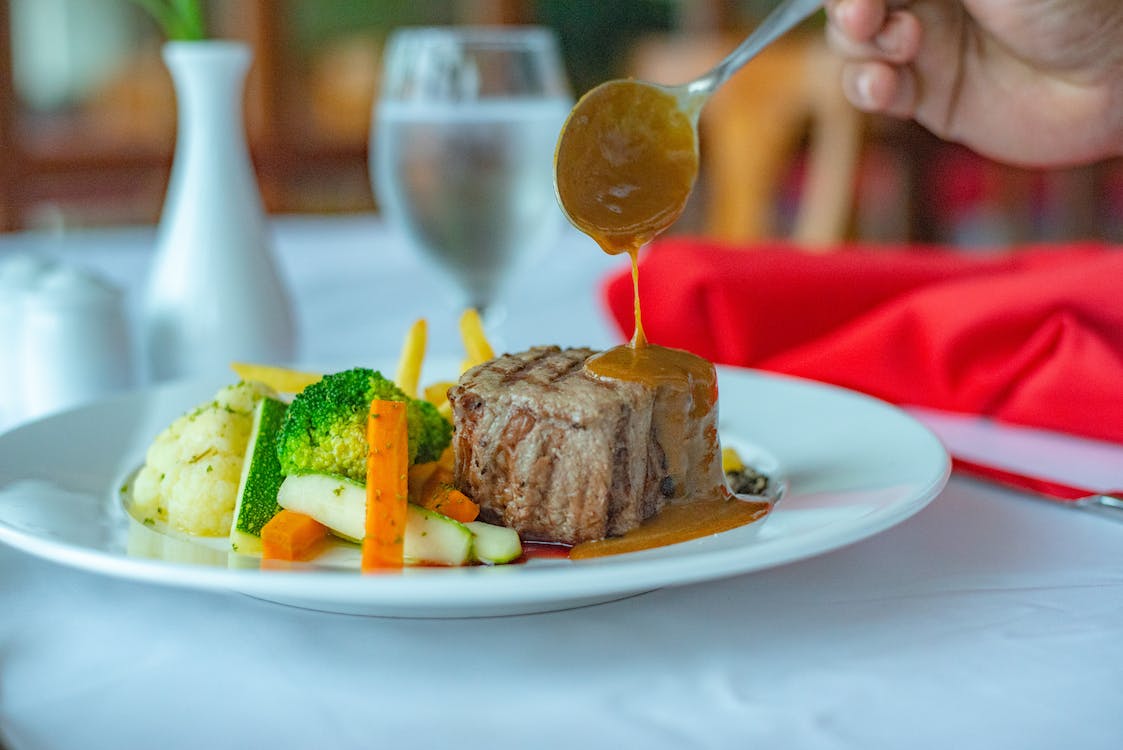 For a gravy to be non-vegan, it depends on what it is served with, how it is made, and the procedure of making it. Furthermore, it is also important to note the liquid present in the gravy.

While beef drippings, in particular, are a common ingredient in gravies, there are vegetarian and vegan-friendly gravies as well.

The traditional method of making traditional gravy is to gather the liquid and fat drippings from meats, thicken them with flour, and then the addition of other ingredients and spices to create the perfect meat-moistening sauce.

Although it is mostly a side dish with chicken, turkey, meat, sauces, stews, and soups, you can also consume gravy on its own. The ideal pair for serving gravy is either mashed potatoes or rice which are two vegan side dishes.

For color, preservation, and that delicious umami flavor, other ingredients might be added.

No, both vegan and non-vegan gravy is not gluten-free because the ingredients mostly consist of all-purpose flour.

Traditional gravy is made with a mixture of all-purpose flour, stock, melted butter, and leftover drippings. Butter is frequently used as the fat; however, in a non-vegan gravy, bacon fat is used in place of butter.

To make a gravy, fat is melted and combined with the flour over heat. The mixture is then simmered while a liquid such as a pan dripping, stock, or broth is gently added. Finally, when the mixture is thickened, gravy is made.

Furthermore, making gluten-free gravy is simple, and it all depends on the type of gluten-free flour or alternative you choose. The gluten-free recipe includes mushrooms, potatoes, sautéed onions, and Yukon gold as an alternative for flour.

Gravy may be rich and delicious but is certainly not healthy. It contains a lot of fat, and not the good kind. On the other hand, there are other ingredients in gravy than fat which makes it unhealthy. For instance, the use of bleached white flour, nitrates, and saturated fat.

Due to the high fat and salt content, it’s particularly not healthy for people with diabetes, blood pressure, or heart disease. Even if gravy is not the healthiest alternative for a regular meal, you can still include the gravy dish on special occasions while still leading a healthy lifestyle.

To opt for a healthy option, you can make gravy at home. By making gravy at home, you will have the control of adjusting the level of ingredients according to your preference and lower the calorie and saturated fat content.

There is a tonne of different kinds of gravies. So can vegans eat gravy? Only if it doesn’t contain any animal-based ingredients. Most people are unsure if the dark, thick, delicious gravy contains any meat on its own.

The best vegan gravy is tasty, filling, rich, and simple to prepare. When ordering gravy in a restaurant, make sure to ask the server if the gravy is vegan-friendly. Furthermore, make sure to read the ingredients list of a gravy product you want to purchase.