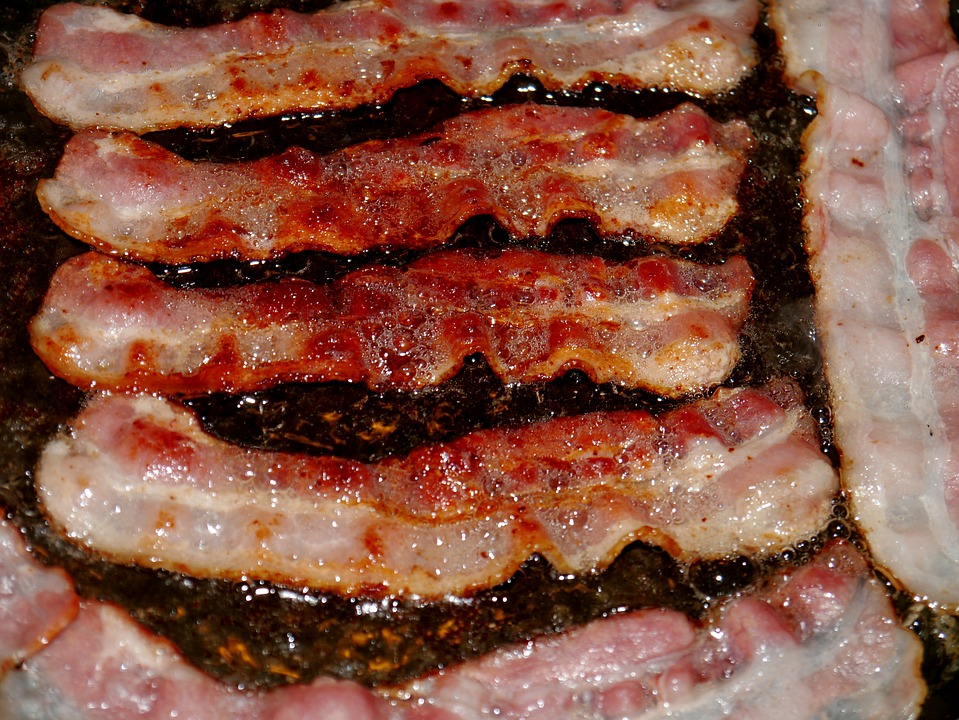 It comprises of pig belly or back. Hence, bacon that consists of animals is obviously a big no for vegans.

To eliminate the chewy and cardboard taste of some vegan bacon, individuals can try to recreate the taste with a variety of alternatives that taste and look exactly like the animal version.

Why is Bacon Not Vegan?

In the past, bacon was created to keep meat fresh over the long winter months. Curing and preserving meats were once a part of the moderation process after being held in cellars to dry and retain their nutrients.

Today, bacon is a popular daily snack in America, especially for breakfast. No meat gets more attention than bacon, which is flavorful, chewy, and smoky.

Bacon is made from different parts of pigs. The body of the pig is broken down into many portions. The belly, loin, and ribs are part of the many portions.

After removing the skin, loin, and ribs of the pig, its belly is cut into a flat rectangular portion. Bacon typically comes from this part of the pig. It is then salt-cured.

Obviously, since it comes from an animal source, it’s not vegan. Vegan or not, that’s not the only thing that prevents vegans from eating it. Much like other types of meat, bacon also has some downsides. 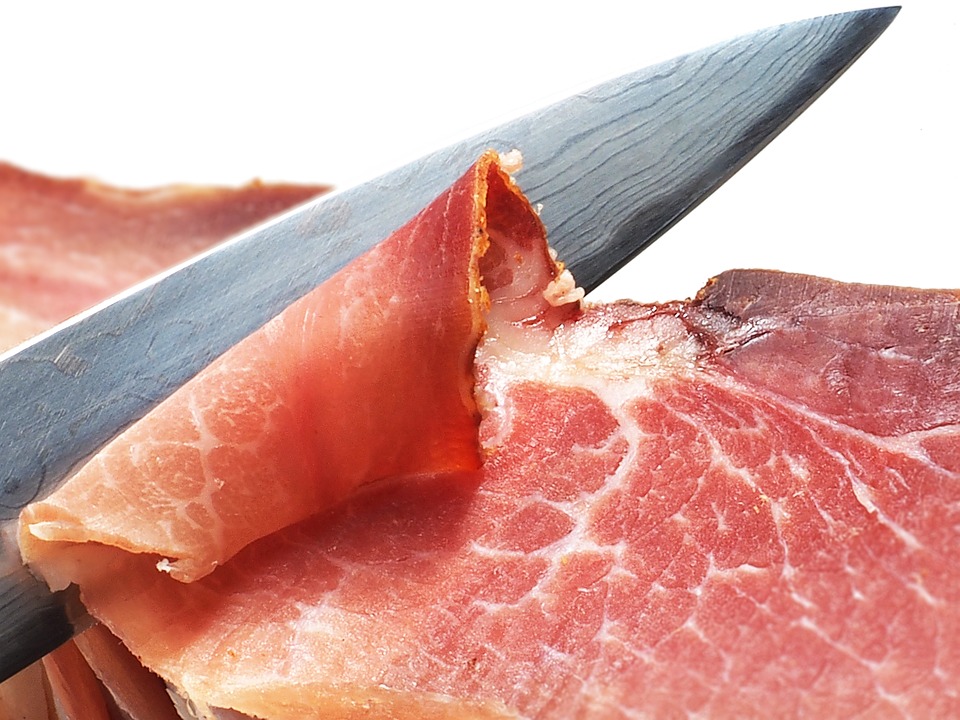 No meat gets more attention than bacon, which is smoky, chewy, and flavorful. Unfortunately, it is probably the world’s worst food in terms of environmental impact, health, and animal abuse.

Traditional bacon, as a cured meat, is strongly linked to colon cancer. It is frequently made on farms where pigs are kept in deplorable circumstances. Furthermore, pig farms are notorious for damaging wells and waterways in the area.

Bacon, which is high in cholesterol, fat, and salt, should be consumed in moderation. If an individual has a health problem, it is best to limit salt or fat intake.

On the other hand, if an individual is a vegan, there are numerous healthy bacon alternatives available on the market. Vegan bacon substitutes allow individuals to enjoy the distinctive flavors of bacon without the cruelty or health dangers.

Many individuals who switch from an omnivore to a vegan diet miss eating bacon. There are many vegan equivalents for many animal products, from bacon to sausages, as well as plenty of options for vegan barbecues.

On the other hand, vegan cheeses, too, have come a long way in recent years. There are a plethora of artisan selections that make for some excellent vegan alternatives to dairy cheese. 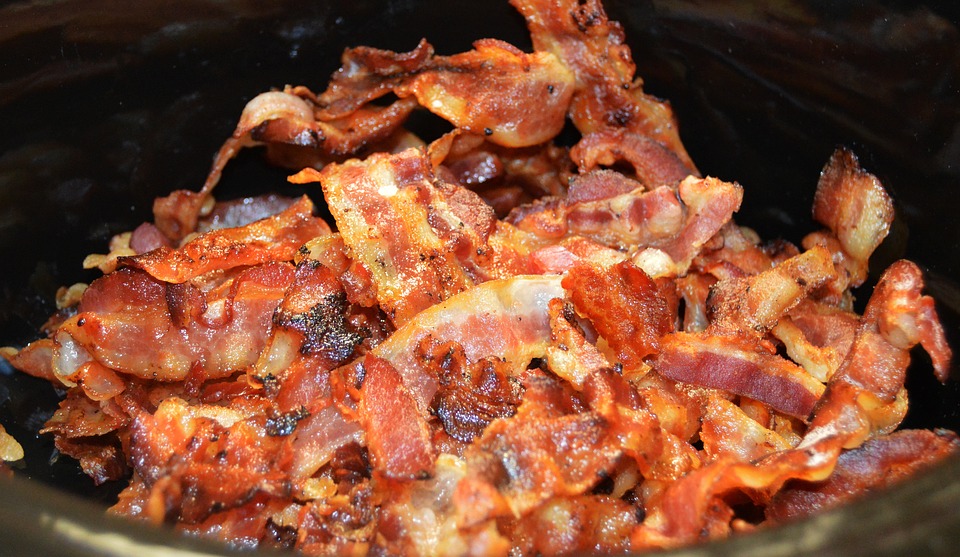 When it comes to bacon, the vegan-friendly versions that have been produced have not always met with popular approval.

Vegan bacon may also be made at home by marinating tofu strips or tempeh in seasonings, for instance, liquid smoke or soy sauce, before frying or baking them.

To fry the vegan bacon, individuals can use maple syrup. If you are doubtful about purchasing vegan bacon products, you can always make it yourself.

On the other hand, the majority of vegan bacon products contain protein-rich components like soy, wheat, gluten, pea protein, and yeast extract.

The key components give a high quantity of vegan protein, with a variety of other ingredients present to improve flavor, texture, color, and so on.

Furthermore, conventional bacon consists of the fattiest portions of a pig, so the finest bacon-like tastes will come from vegan meals that include some fat. Higher-fat plant meals can also provide a texture that is somewhat crisp and chewy.

Is Vegan Bacon Good For You? 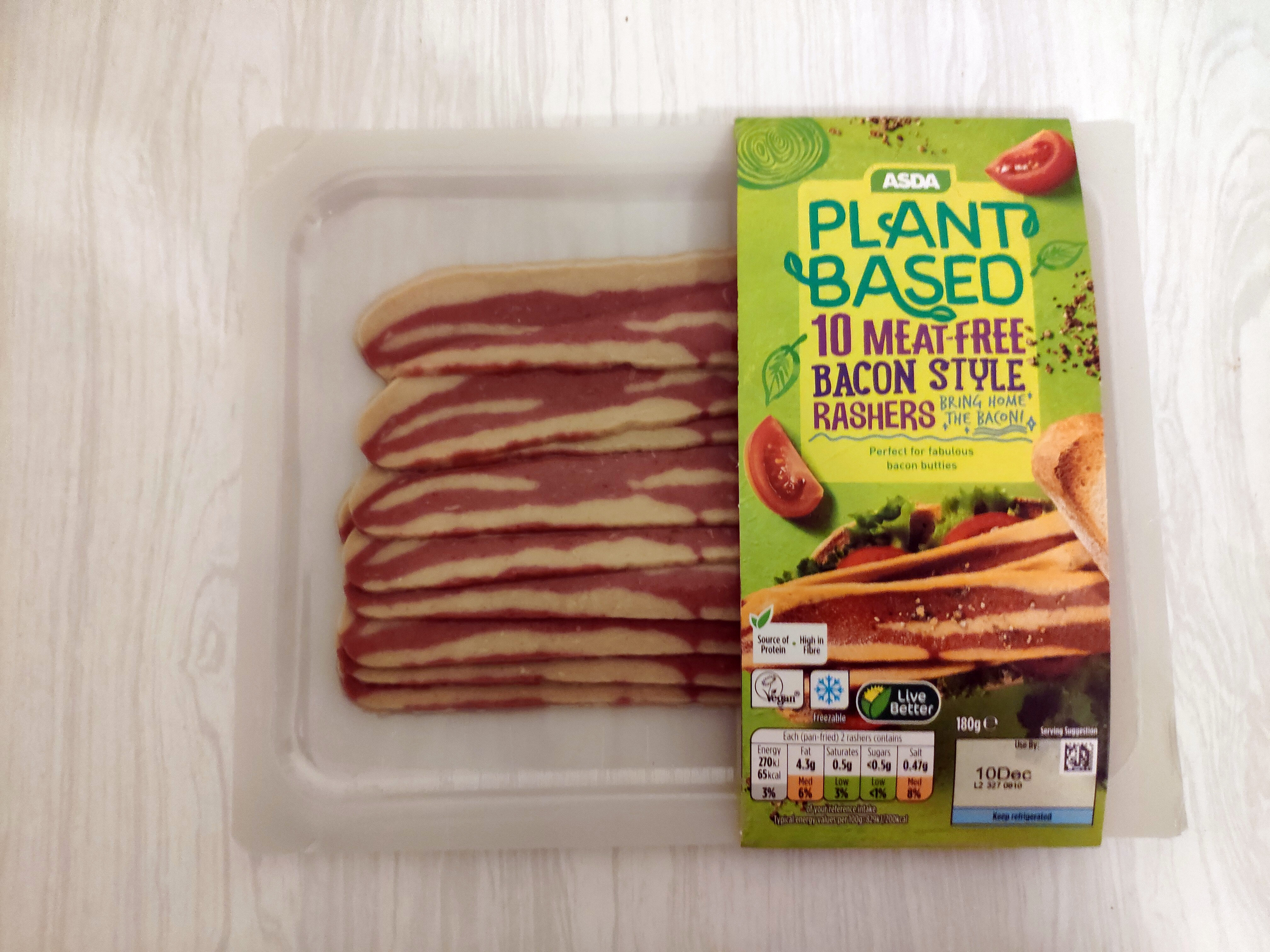 Plant-based meat alternatives have become popular in recent years as a result of lower cost, better flavor, availability, and more public awareness of the possible health risks of red meat consumption and the environmental effect of animal farming.

Bacon made from vegetables is nutritious. Many vegetarian kinds of bacon have healthy fats, a significant quantity of protein, and a good amount of fiber.

It is important to keep in mind that not all vegetarian bacon manufacturing process is the same way. Some brands may have more salt than others, and eating too much sodium is not necessarily the best decision.

Also, vegan bacon is highly processed, so if you’re trying to eat healthily, it’s best to limit processed items in your diet.

Some plant-based meats are free of nutrients that some individuals may wish to avoid for heart health reasons. However, the levels vary depending on the food.

Furthermore, because many plant-based types of meat have a comparable texture like meat, flavor, and flexibility, they might be a good alternative for folks who do not want to eat animal products but do miss bacon.

Bacon is a popular food that comes with animal suffering, negative environmental impacts, and health risks. Vegan and plant-based bacon variants provide similar palatability but without the use of animals.

Additionally, the production of bacon substitutes comprises a variety of plant-based foods. For vegans who just miss the flavor and texture of bacon, there are plenty of solutions that will suffice.

Vegan bacon is readily accessible and simple to prepare at home, too. At home, you can manufacture a scrumptious meat-free bacon alternative with things like tofu or coconut. In addition, there are some great vegan bacon brands available in stores and supermarkets. 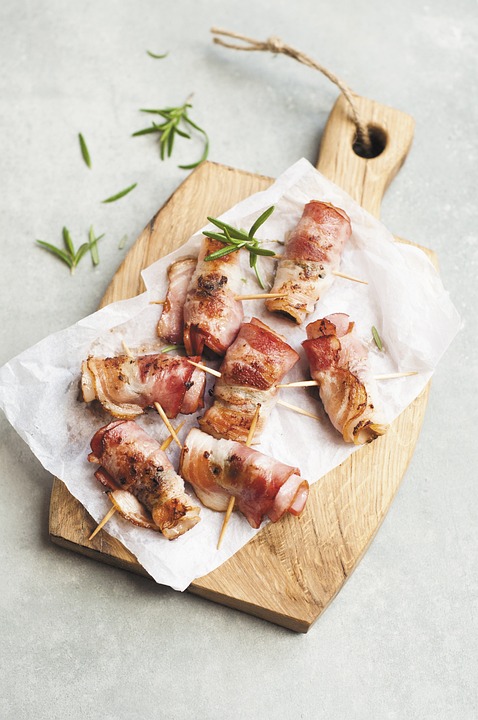