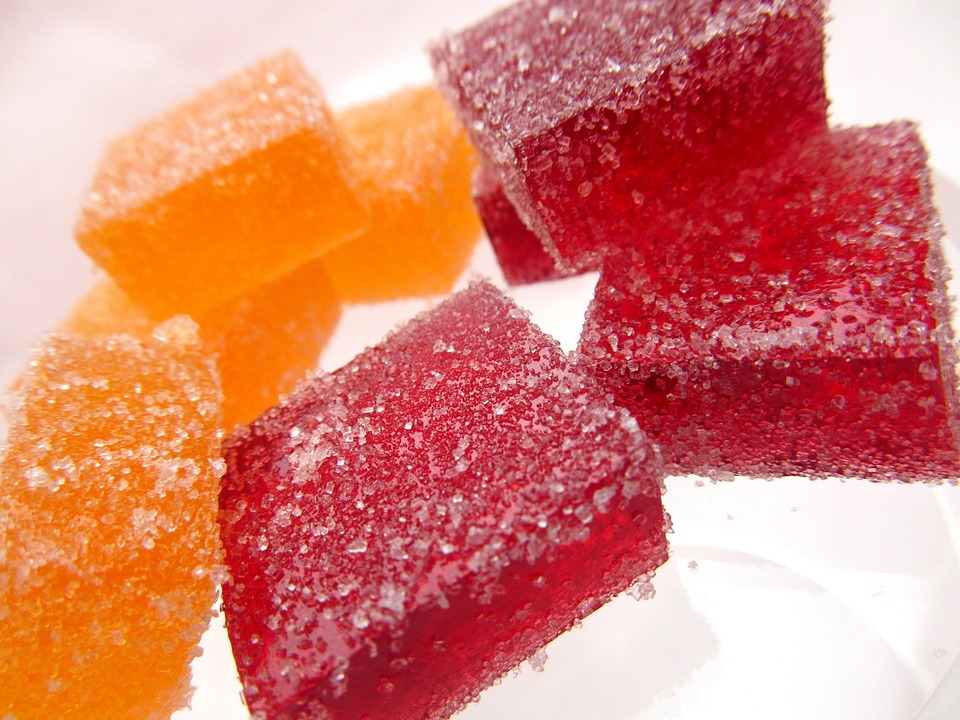 One of the most frequently asked questions by vegans and non-vegans alike is ‘can vegans eat gelatin?’

No, vegans cannot eat gelatin since it consists of animal products. Gelatin is made from the skins, tendons, ligaments, and bones of animals such as cows and pigs.

On the other hand, there are vegan product alternatives for gelatin, such as Agar Agar. This alternative is commonly used instead of gelatin in products and dishes that need the properties of gelatin and is made out of a sort of seaweed.

Furthermore, gelatin, like leather, is a byproduct of the meat industry. Vegans and vegetarians do not buy these items because they are against animal cruelty.

No, gelatin is not vegan since it comes from animal bones, skins, and calf hide. Additionally, gelatin is a thickening agent and the substrate for several sweet snacks, such as gummy candies and marshmallows.

Producers chop up animal components into tiny bits to manufacture gelatin. To remove the bulk of the fat and cook the ground-up bones, ligaments, skin, and tendons, are crushed and boiled in hot water.

To release the collagen, the cooked meal is submerged in an acid or alkali solution for several days. The animal pieces are then cooked in boiling water, the excess liquid is drained, and the solid chunks remain.

Those pieces are broken down to generate gelatin powder, which is used to manufacture jello, gummy candy, marshmallows, and other confections.

Since gelatin consists of portions of the animal that would otherwise go unused, gelatin is somewhat more ecologically friendly than lean meat. While gelatin isn’t exactly meat, it’s still not suitable for anyone following a vegan diet or veganism.

Red meat, poultry, game, fish, shellfish, crustacea, and animal byproducts are not eaten by vegetarians and vegans. On the other hand, vegetables, fruits, nuts, legumes, seeds, grains, dairy products, and eggs make up a vegetarian diet.

Gelatin is a common ingredient in sweets, yogurt, and a variety of desserts. It aids in the consistency of foods and is also found in pharmaceutical capsules and tablets.

What is Vegan Gelatin Made Out of? 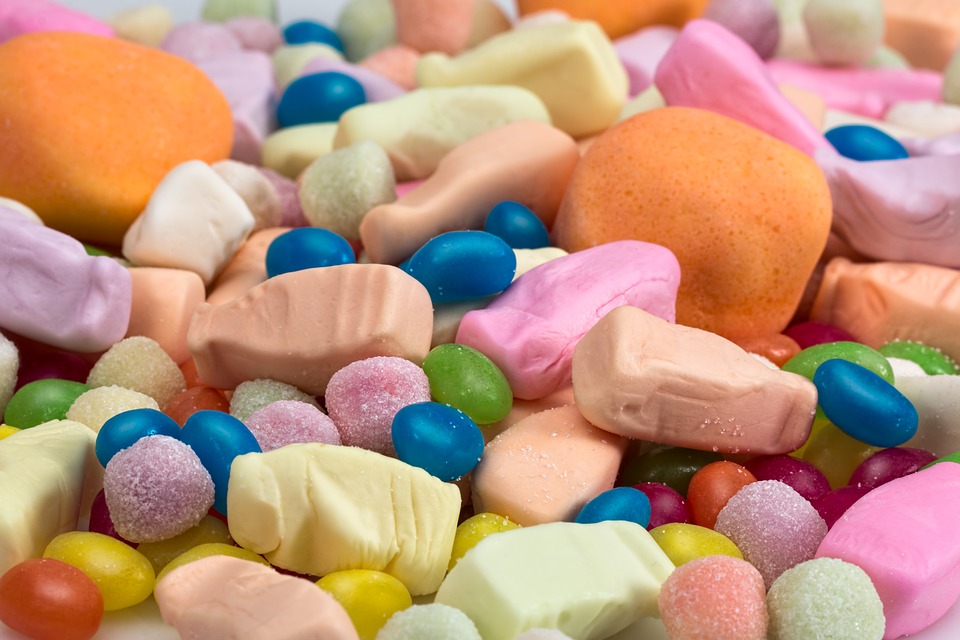 Skin, gelatinous meats, and bone broths are the traditional sources of gelatin. These items are acceptable in a Paleo or ancestral diet. On the other hand, vegans and vegetarians would want to avoid gelatin as they follow a plant-based diet.

Gelatin can also be found in animal feeds that come from other animals’ bodies.

Fortunately, there are many vegan alternatives to traditional gelatin. Vegans can obtain a high-quality gelatin powder for vegetarians to add to cuisine or to make delicious, healthful gelatinous sweets.

You can buy a package of vegan jello if you want to make a jello-style dessert. Simply follow the packaging directions and you will be fine. On the other hand, agar and vegetable gums are the most often used substitutes for animal-derived gelatin.

Agar, often known as Agar-Agar, is a substance found in the cell walls of seaweed. It is ground into a white powder that you can substitute for gelatin in recipes.

Vegetable gums, which are present in beans and other plants, are another alternative for gelatin. They are often dried and processed into powder for ease of use.

Jello and marshmallows, whether produced from animal bones or seaweed, are essentially non-vegan. Vegan or not vegan, a rising number of people are turning their backs on gelatin.

Even gelatin, which comes from animals, has vegan-friendly substitutes. As a result, different companies have introduced outstanding vegan alternatives to gelatin-based items. Like gelatin, the vegan alternatives listed below are not always healthy. Still, you have a lot of alternatives because millions of people are embracing the sustainable vegan lifestyle.

The vegan alternative for gelatin include:

Agar-Agar is a common vegan alternative to gelatin. It is made from seaweed and can be used as a thickening and gelling substance in vegan jelly, jams, and other products.

Furthermore, it is also known as plain agar in the culinary world. It is seaweed-based plant-based gelatin. Vegetable gelatin comes in flake, powder, bar, and strand form and can be used as a thickening and stabilizing component in recipes.

This gelatin-like material comes from pressed algae and vegan brands use it to create delicious treats. Its creamy texture and flavor have made it popular in jellies and Asian delicacies all over the world.

This seaweed will thicken your cuisine naturally, allowing you to get a superb consistency. It is available as a powder, flakes, or even sheets. Plus, if individuals mix it with nutritious foods, they can lose weight.

Furthermore, to dissolve agar effectively, it must be heated. The powder form of agar is the most convenient to measure and use.

Irish Moss or carrageenan is derived from seaweed and is often dried. Due to its thickening aspect, manufacturers use carrageenan in dairy products like instant yogurt and ice cream. It is also flavorless.

Carrageenan, a jelly-like material found in Irish moss, is what gives it its wide range of applications. Additionally, carrageenan is found in anything from ice cream to infant formula because it is used as a vegan alternative for gelatin and as a general emulsifier.

It’s in a lot of store-bought meals. Furthermore, you may see it in the production of ice cream, frozen pizza, marshmallows, and chocolate milk. However, there are some health concerns as well for carrageenan.

This gelatin alternative comes in powder form. Carrageenan has a softer texture than traditional gelatin. It is adaptable and works well in puddings, soups, and even soft jellies. What makes it unique is that it will help you in creating smoother, gooier foods that will melt in your mouth.

So can vegans eat gelatin? Absolutely not, because gelatin comes from animals. So by extension, any product containing gelatin is also non-vegan. However, vegans can use vegan gelatin alternatives like carrageenan or Agar-Agar to create products and recipes that traditionally call for gelatin. 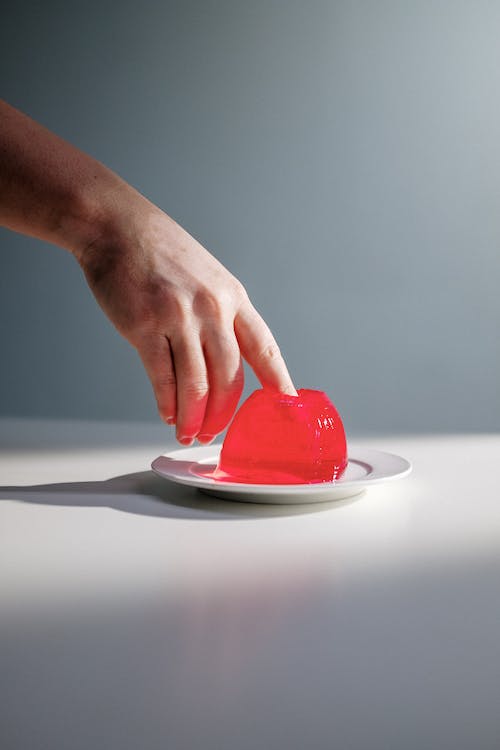