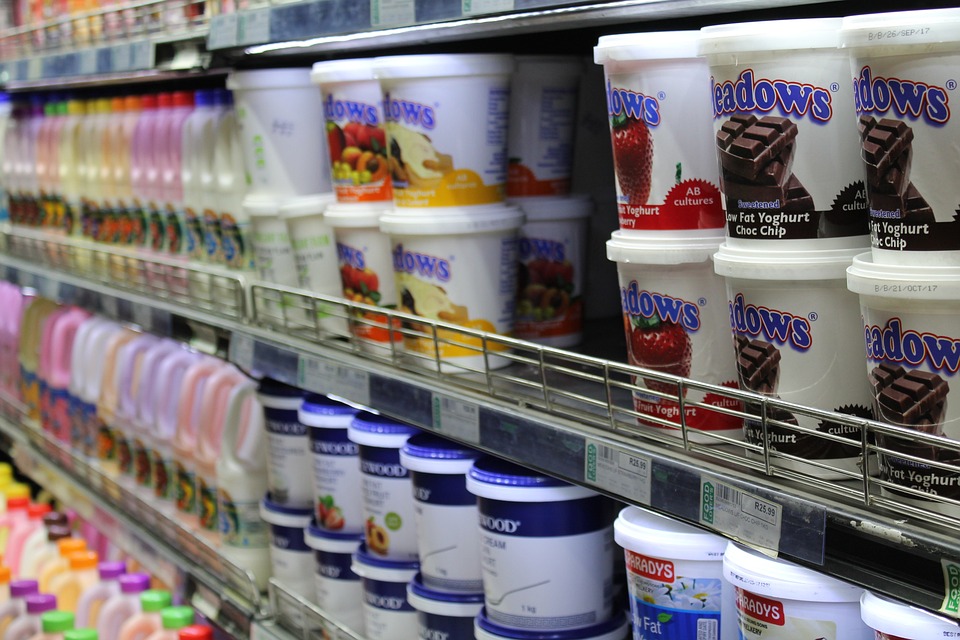 Yogurt is one of the items that many people believe they will have to give up if they go vegan. Although most traditional yogurts are dairy-based, there are now a plethora of vegan yogurt brands and cultures. So can vegans eat yogurt?

Most yogurts available in stores are manufactured using dairy, mainly cow’s milk, sheep, or goat milk. This implies that yogurt is not vegan. However, there are an increasing number of excellent store-bought vegan yogurts on the market.

Plant-based milk such as coconut milk, oat milk, almond milk, cashew milk, and soy milk are used to make them. As a result, vegans can consume yogurt manufactured from plant-based milk.

No, the traditional yogurt is not vegan. Yogurt is a dairy product, which means it comes from animals and is therefore not vegan. Additionally, yogurt is a well-known fermented food that has been around for a long time.

Also, gelatin is used by a few yogurt companies to keep the yogurt from separating and keep the creamy texture throughout its shelf life. The partial breakdown of protein collagen taken from animal tissue, such as skin and bone, results in gelatin.

Furthermore, it is usually derived from cows or pigs, although it can also come from fish. So it is possible you are not aware it is there. However, there are many vegan yogurt alternatives available in the market.

Dairy-free yogurts are now manufactured with ingredients ranging from oats and almonds to soy and flax, allowing vegans to enjoy the tasty and healthy yogurt we have learned to love. 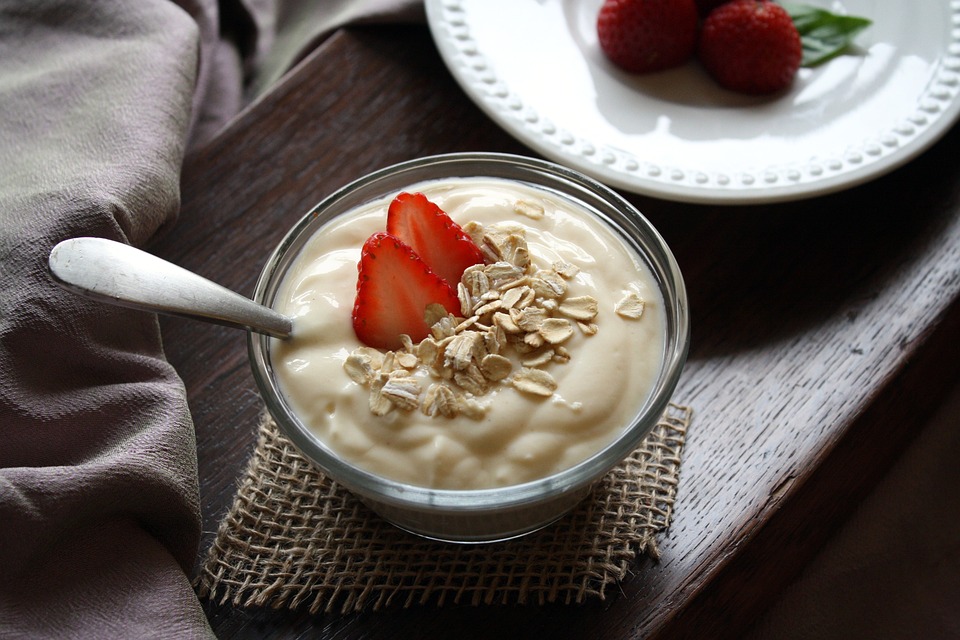 Yogurt is incredibly nutritious, and eating it on a daily basis can help with a variety of health issues. Moreover, according to a study, yogurt has also been related to maintaining healthy blood pressure and cholesterol levels. However, this study focused on dairy-based yogurt.

Furthermore, consuming yogurt in a balanced diet can help avoid long-term weight gain, which is beneficial to the heart.

On the other hand, it is well-known for its high calcium content, which is essential for strong teeth and bones. One cup of calcium supplies 49% of your daily requirements.

Greek yogurt has been shown to have a better influence on appetite management and postponing hunger than regular yogurt with less protein.

If you eat Greek yogurt, which is a very thick version that has been strained, the fullness-promoting effects of yogurt are much stronger. It has 22 grams of protein per 7 ounces, which is more than ordinary yogurt’s 200 grams.

Yogurt provides calcium, protein, potassium, phosphorus, and, in some cases, vitamin D, which are all important elements for bone health. All of these vitamins and minerals are particularly beneficial in preventing osteoporosis, a disorder marked by bone thinning.

Many of these nutrients are also found in vegan yogurt, so it’s safe to assume that vegan yogurt is also a healthy alternative.

The keto diet is a low-carbohydrate and high-fat eating plan. While there are various variations of the keto diet, they all have high fat, moderate protein, and extremely low carbohydrate intake.

Yogurt gets its protein from milk, which contains 20% whey protein and 80% casein protein.

Natural yogurt is best for the keto diet since it has fewer carbohydrates than other forms of yogurt. Any variety of yogurt may be eaten on the keto diet, as long as the total carbohydrate consumption for the day is kept low enough to maintain the body in ketosis.

On keto, you can only eat 30-50 grams of net carbohydrates per day. Therefore, you need to be careful with the type of yogurt you consume. As a result, many brands are incompatible with a ketogenic diet.

Yes, most yogurts are gluten-free. Milk and most cheeses, as well as dairy constituents like whey protein, are inherently gluten-free meals.

Gluten is a protein that is naturally present in wheat, rye, barley, and mixtures of these cereals. Hence, gluten is present in food made from these grains, for instance, pasta, bread, and cereals.

Foods from other food categories are gluten-free as long as they do not contain any gluten-containing grains in their additional components or get cross-contamination.

Also keep in mind that some items, such as fruits and vegetables, are naturally gluten-free. You may feel secure about including nutrient-rich yogurt and vegan yogurt if you have celiac disease. 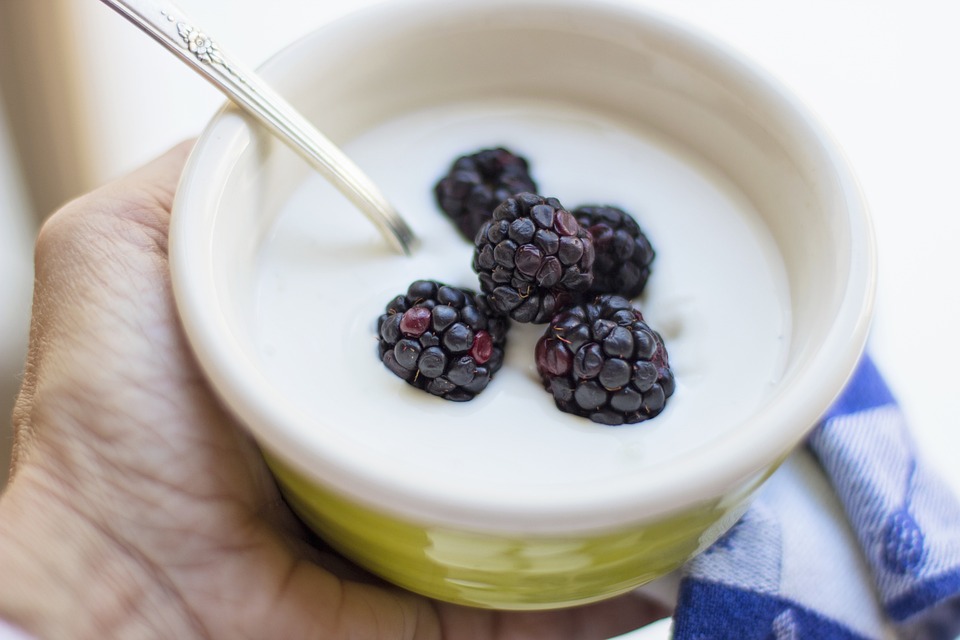 People often think of a vegetarian diet as one that excludes meat, poultry, and fish. However, vegetarian diets, differ in terms of which foods they include and exclude in their diet.

Whereas, Ovo-vegetarian do not consume meat, poultry, fish, and dairy products. However, they do consumer eggs. Lacto-Ovo vegetarians avoid eating meat, fish, and poultry, while dairy and eggs are permitted.

Pescatarian diets consume fish but do not consume meat, poultry, dairy, or eggs. Furthermore, vegan diets are devoid of meat, poultry, fish, eggs, and dairy products, as well as items containing these ingredients.

Finally, a semi-vegetarian diet, also known as a flexitarian diet, is largely a plant-based diet that includes meat, dairy, eggs, chicken, and fish on rare occasions or in limited amounts.

So vegetarians can eat yogurt at their discretion.

What Yogurt Can Vegans Eat?

Yogurt that is vegan is commonly accessible. The majority of vegan yogurts contain soy, coconut, cashew, oat, or almond milk. They all contain healthy probiotic bacteria, regardless of the type you buy. Many vegan yogurts are high in calcium and protein.

Almost all supermarkets offer it, and every natural foods store has many variations in its vegan dairy section. Vegan yogurt is an excellent source of fiber, calcium, protein, and probiotics, which are beneficial to digestive health.

To get the proper consistency and taste, the vegan yogurt companies listed below employ almonds, coconuts, cashews, soy, and hemp. We guarantee that once you sample them, you will be hooked. 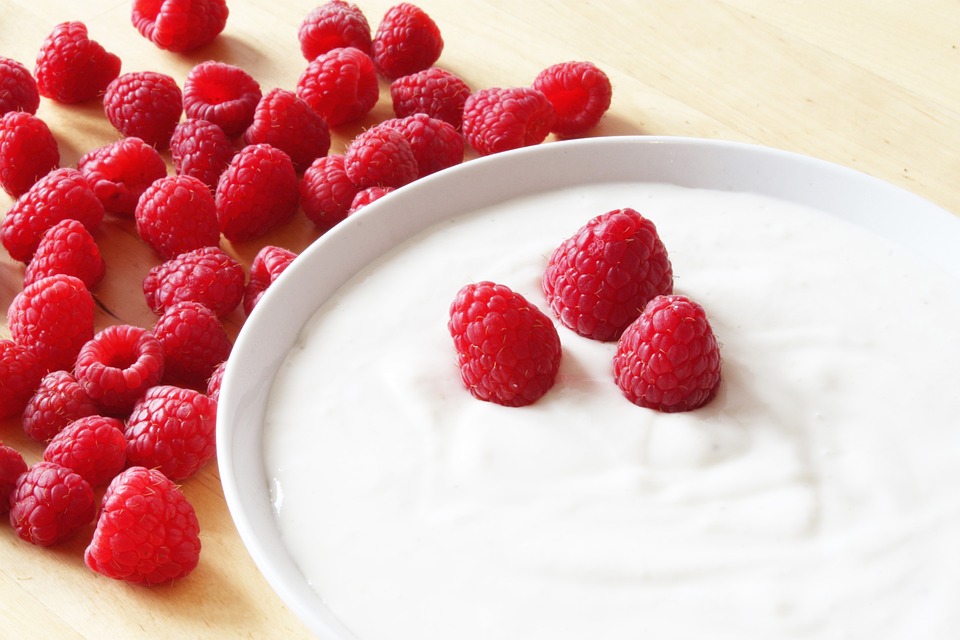 Dairy substitutes, such as delicious plant-based cheeses and frothy nut milk, are taking over the refrigerated aisles of every major supermarket. Below are the best vegan alternatives for yogurt:

Even in the realm of plant-based yogurts, Lavva is in a class of its own. It is delightfully yogurt-like texture comes from coconut, plantains, and pili nuts, which are high in magnesium and vitamin E. Furthermore, none of its flavors have any additional sugar, gelatin, or coloring.

These ingredients deliver prebiotic fiber as well as live probiotic cultures, giving Lavva yogurt a one-two gut-healing punch. The best part about Lavva is that there is no added sugar.

Lavva’s protein content is slightly lower than that of the other yogurts on this list. It is important to remember this if obtaining adequate protein is a difficulty for you on a vegan diet, which it is for many.

Moreover, LAVA plant-based yogurt is available in a range of flavors and delivers a thick, creamy, indulgent feel with each mouthful. The yogurt relies on fruits, plantains, and cassava roots to provide a mild sweetness.

Cashewmilk Forager Project Yogurt, formerly known as Cashewgurt is an unsweetened plain Greek yogurt that is ideal for savory meals, where it may be substituted for yogurt, sour, or cream. It contains a little tang and sourness, which is desirable in Greek yogurt

And, unlike many of their rivals, they do have an unsweetened option. In addition, they have very minimal ingredient lists and six distinct types of live and active cultures.

Protein is a macronutrient that assists in a variety of body activities, including immunity, cell structure, oxygen transport, and muscle and tissue regeneration.

All Forager products are Kosher certified. The sort of certification may differ depending on the product variation or type and has apparently altered with various tastes.

Silk Greek Style Soy Milk Yogurt is thick and velvety, which many individuals prefer. However, this is somewhat sweet and lacks the unique tang of regular dairy Greek yogurt.

Silk Greek Soy Milk Yogurt is a plant-based yogurt replacement you have been looking for. It offers 10 grams of plant-powered protein per serving and is prepared with smooth and tasty soy milk.

The best part is that this dairy-free vegan yogurt alternative is flavored with vanilla and contains live and active cultures, calcium, and vitamin D.

Furthermore, 100% of the water utilized is returned to nature. Hence, implying that every spoonful has a beneficial influence on the earth.

Greek yogurt currently accounts for more than 40% of dairy yogurt category sales in the United States. Moreover, many customers have shied away from vegan counterparts that have historically struggled to deliver on Greek’s trademark thickness and smoothness.

Over the years, Kite Hill yogurt has developed a fan following. It was the first almond-based yogurt to appear. Furthermore, it also has the healthy attributes that so many people desired.

It is an artisan-style dairy-free yogurt that is strong in plant-based proteins and lipids, high in probiotics, and has few additives.

Kite Hill’s almond milk yogurts are creamy and thick. These yogurts are vegan, dairy-free, and some variations are also soy-free. They come in all flavors, including strawberry, blueberry, and vanilla. However, the flavored varieties do have 14 to 18 grams of added sugar.

If you want the health advantages without the sugar, choose plain unsweetened Kite Hill and top with your favorite fresh fruit. Additionally, a 5.3-ounce serving has just 130 calories and 1 gram of sugar.

Although the simple flavor has 3.5 grams of added cane sugar per 3.5-ounce is 100-gram dose, it also contains plant-based protein, unsaturated fats, live active cultures, and a trace of fiber. Just keep in mind that the flavored variations have nearly four times the amount of sugar as the basic choice.

So Delicious is a brand that is well-versed in the vegan market. They primarily make coconut milk yogurt.

One feature that distinguishes So Delicious from the competition is the addition of vitamin B12, which might be deficient in a purely plant-based diet.

Although they offer all of the classics, they also have some unique taste combinations such as strawberry rhubarb, spiced pear and fig, spiced blueberry, and salted caramel clusters. While they may appear to be dessert in a cup, the sugar content isn’t as high as you may assume.

So Delicious vegan yogurts are created largely with coconut milk and cream, as well as natural thickeners, live active cultures, and other nutrients.

This yogurt has a significant quantity of added vitamin B12, which is an important nutrient that is sometimes deficient in an exclusively plant-based diet.

So can vegans eat yogurt? Yes, only plant-based yogurt made from nut milk.

Plant-based yogurts give the same probiotic advantages as regular yogurt. Furthermore, some also contain prebiotic fiber, which can increase the positive effects of yogurt on your gut health.

More people are choosing plant-based foods for health, ethical, and environmental reasons as part of the larger conscious consumerism movement.

Vegan milk remains the most popular plant-based dairy product, the dairy-free yogurt, butter, and cheese categories are considered as having huge growth potential.

There is no need to miss out on traditional dairy yogurt when you have got all these fantastic alternatives. Keep a watch out for additional sugar, and search for extras like B12, calcium, and vitamin D fortification. Without the dairy, you may have all of the creamy richness of dairy. 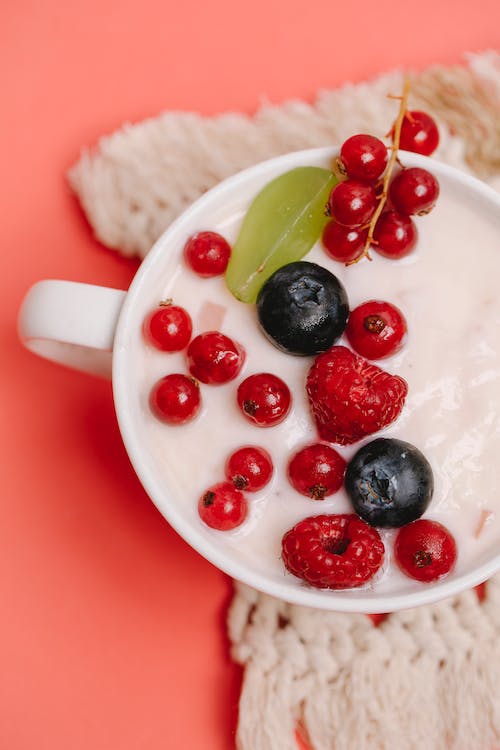