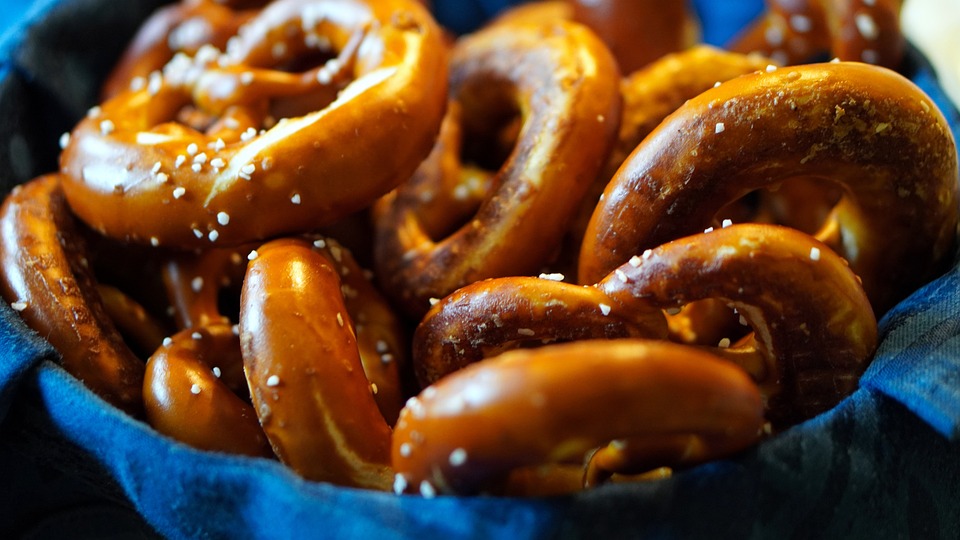 Pretzels are no longer merely a typical German snack. This sweet-salty delight has appealed to people all over the world. Can vegans eat pretzels?

Given the plant-based dough, many people would agree that it is healthy to consume in addition to being delicious. A pretzel is one of America’s favorite comfort foods, available practically everywhere.

If you are a vegan, you might be unsure whether or not a pretzel is appropriate for your diet. Does it consist of animal products? Are pretzels gluten-free? So, in this article, we will answer your questions regarding Pretzels and its vegan attributes.

The pretzel made its way to America with the Mayflower in 1620 and then again in 1710 when pretzel-wielding German colonists arrived in Pennsylvania.

Julius Sturgis built the first commercial pretzel bakery in Lancaster County in 1861 and manufactured the first batch of “hard” pretzels.

Hard pretzels are still a household staple more than 150 years later, and they are perhaps even more popular than their bigger, softer counterpart. People use them as dipping sticks or as toppings.

On the other hand, soft pretzels are the originals, as they were the first to be made. Reducing the cooking time and the finished product is more analogous to bread since it is soft after baking. 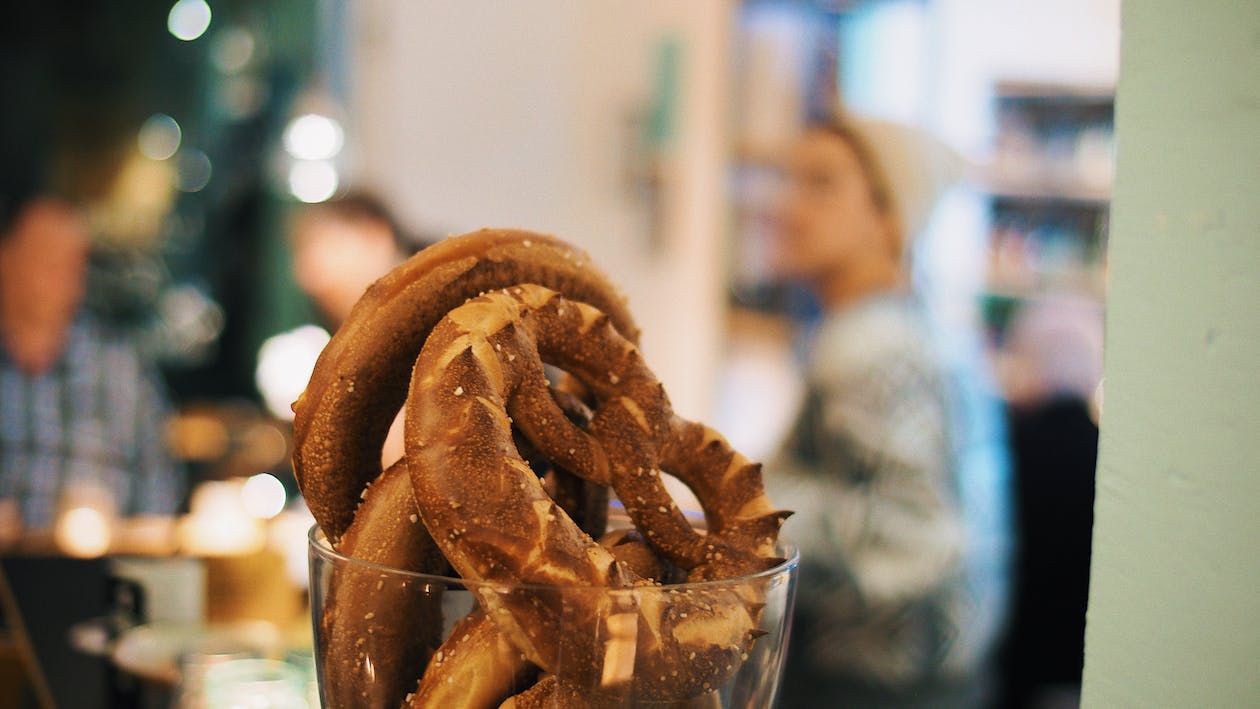 Based on the essential components, pretzels are vegan. However, the technique has grown commercialized since it became popular. The updated list of ingredients includes items that are no longer vegan-friendly.

Non-vegan additives like eggs, butter, and milk are typical additions that improve the pretzel’s flavor and make it more delicious. Milk products, refined flour, and sugar are all also used. Due to the bone char used in refining the sweetener, strict vegans also oppose and avoid sugar.

What Are Pretzels Made of?

Pretzels consist of wheat flour, yeast, salt, and water in Germany, where they originated from. The original pretzel comprises vegan components sprinkled with sesame or poppy seed.

Its growing popularity has led to the introduction of different variations of Pretzels which are now easily available in the market. Along with it, there are more flavors to choose from.

If we only look at the ingredients in pretzel dough—lye, yeast, and flour, we could conclude that pretzels are vegan. However, in addition to the standard components, we need to consider the nature of the pretzel’s toppings and other add-ons to see if it is suitable for a vegan diet.

What Are Non-Vegan Ingredients in Pretzels?

Pretzels are the oldest snacks and one of the most popular snacks available in the United States. Following are the non-vegan ingredients to look out for in Pretzels:

These non-vegan ingredients are used in most bread and pastries because they enhance the flavor and act as a binding agent. Hence, vegans need to read the labels carefully to avoid egg-containing pretzels.

Honey is another animal product that vegans oppose since it is harvested in an unethical manner, resulting in the death of many honeybees. They are a popular flavor for pretzel snacks since it is sweet.

The use of dairy products in Pretzels is common. Before being combined and shaped, some milk is added to the dough to provide a rich taste and tenderness. Although vegan butter is available, some producers utilize conventional butter that contains milk.

Dairy items such as milk and cheese are not allowed in a vegan diet. Furthermore, these are prevalent in bakery pretzels and are used to improve the flavor of both soft and hard pretzels. 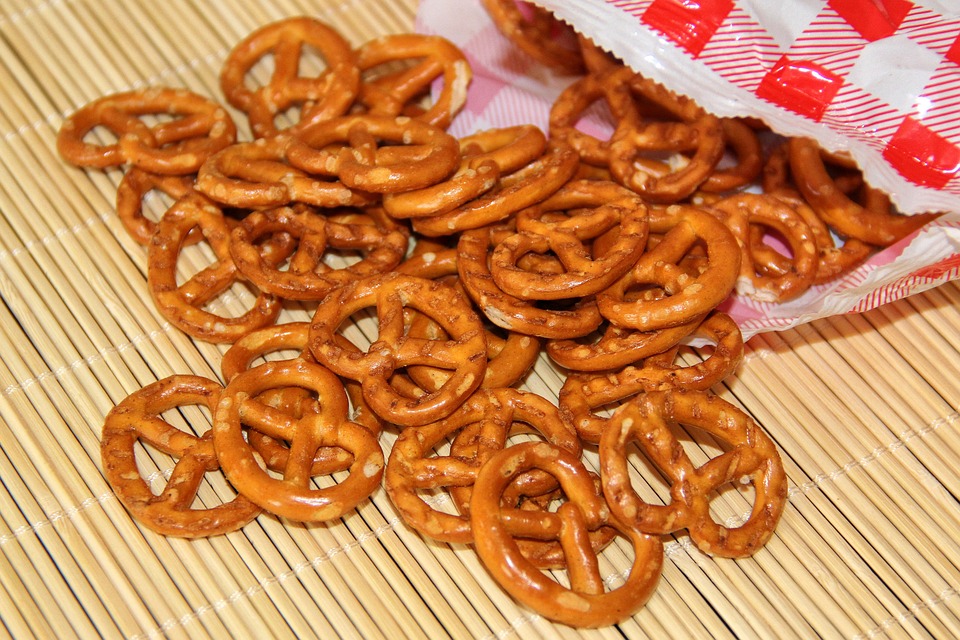 Gluten-free dieters must eat only gluten-free items, including snacks. Pretzels consist of wheat flour for the most part, which implies they have gluten in the recipe.

Snacking on a gluten-free diet is not as tough as it used to be, thanks to the growing demand for gluten-free snacks. Eggs, fruits, legumes, nuts, seeds, and vegetables are naturally gluten-free foods.

Whether you are on a gluten-free diet for medical reasons, intolerances, or personal desire, it is critical to select snacks that are high in protein, fiber, healthy fats, and low in processed foods.

Pretzels are keto-friendly and low in carbs. The keto diet calls for eating high-protein, high-fat meals. However, most snack items are rich in carbohydrates.

Do not be alarmed. You still have access to a wide variety of great keto snacks. These choices are healthier in general and will likely keep you satisfied until your next meal.

What Are Most Popular Pretzels Brands?

Everyone loves pretzels. Below are the top 3 most popular Pretzels brands:

Quinn Pretzels consist of sorghum and rice flour, which are crispy Pretzels. These Pretzels do not have a traditional flavor, but they are lovely. These treats are known as the Pretzel-breadstick hybrid.

The original Rold Gold Pretzels are vegan. However, the cheddar version and the Garlic Parmesan Thin Crisps both include milk, and there are also honey-based varieties that are not vegan.

There is something immensely pleasurable about crunching on a small, delicate pretzel handful after handful. These pretzels are great for eating on their own since they have a nice degree and distribution of salt.

Auntie Anne’s is a network of pretzel cafés in the United States that was created in 1988. The Cinnamon Sugar, Sweet Almond, Raisin, and Jalapeno varieties are all great choices.

If you do not want to use store-bought pretzels, plenty of vegan alternatives are available. Also, you can make your salty snack, knowing that all of the components are vegan. You can find recipes for cinnamon sugar and other plant-based pretzels on the internet.

We can state that pretzels are vegan since they only contain three essential ingredients: yeast, flour, and water, all of which are vegan-friendly. However, you cannot be confident that the company is manufacturing vegan-friendly pretzels if they are already mass-produced.

On the other hand, before making a snap decision, there are a few more factors to consider, such as the ingredients and toppings. Hence, read the labels carefully to make the best decision. 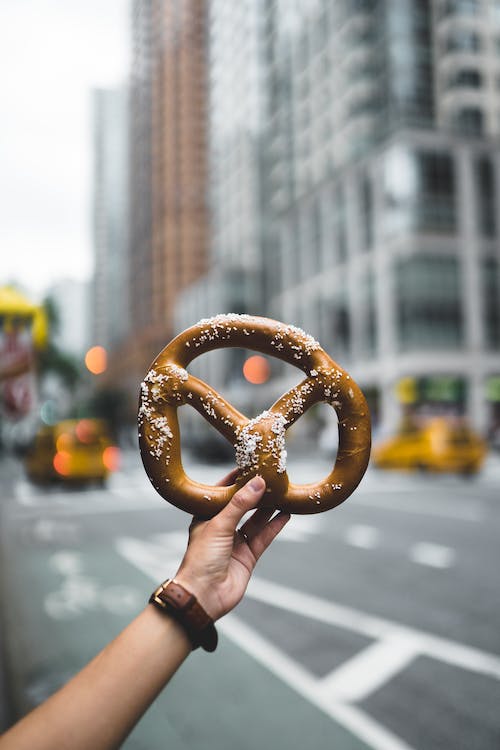