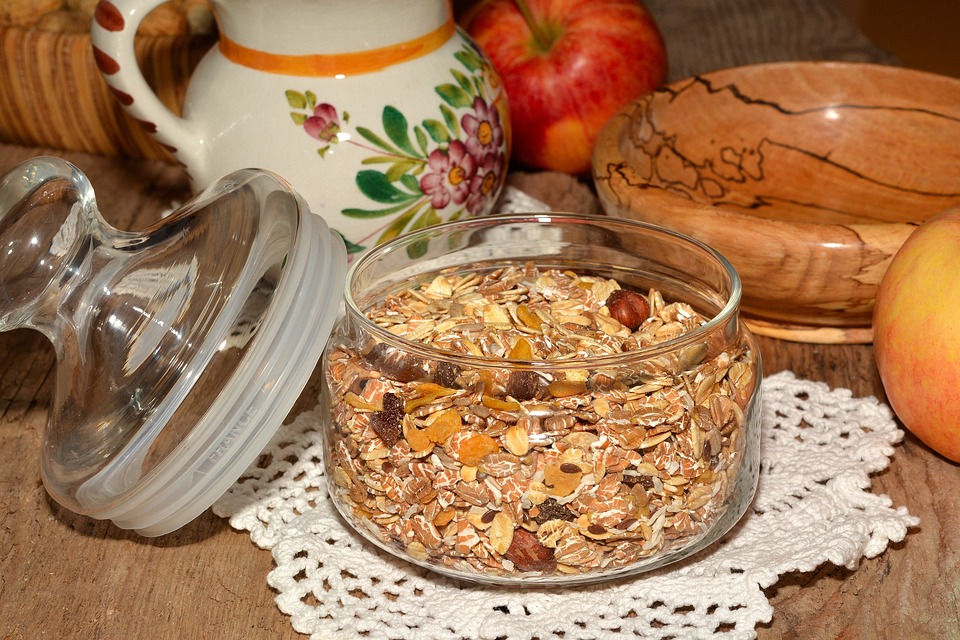 Are you wondering ‘can vegans eat cereal?’

Breakfast is a crucial aspect of our day-to-day lives. A well-balanced breakfast can assist you in maintaining a healthy weight and ample energy for the day. While there are many nutritious cereal alternatives on the market today, it should come as no surprise that not all of them are vegan or healthy.

At the same time, people have become more aware of the type of products they should consume and use. Hence, finding a cereal that only has vegan options and uses vegan ingredients is no longer difficult.

Most morning cereals are vegan. However, there are a few non-vegan substances to watch out for in cereal, including milk and honey. Simply double-check the package to ensure it is from their vegan cereal line before purchasing.

Furthermore, everyone knows that cereal tastes best when eaten with milk. However, if you are new to veganism, you might wonder what milk alternatives are. All you have to do is replace cow’s milk with one of the numerous plant-based milk available.

Nut-based milk, such as cashew milk and almond milk, is the most popular. These choices offer a rich flavor and are slightly thicker than other non-dairy milk alternatives. They are also low in calories in their unsweetened forms.

On the other hand, coconut milk, oat milk, pea milk, rice milk, and soy milk are nut-free choices. Soy milk is a fantastic alternative to cow’s milk since it contains similar protein.

Continue reading to learn everything you need to know about traditional cereals versus vegan-friendly cereal.

Cereal is a sort of grain that is used to nourish both people and animals. All are edible grasses grown in a variety of climates and soils across the world.

Cereal grains are used to manufacture a variety of products, including bread, cakes, and other meals. Barley, maize, oat, and wheat are examples of whole grains.

There are three sections to these grains. The bran is an outer layer that includes fiber and vitamins. The starch-filled core, the endosperm, is the second layer, followed by the tiny germ, which is rich in vitamin E, phosphorus, and magnesium.

On the other hand, breakfast cereals, in many cases, are not vegan. Animal-derived substances are frequently added to it, making them unsuitable for vegans to eat without some sort of modification. Vegan cereals do not contain any animal products in their ingredient lists.

To be labeled vegan, a cereal manufacturer must be approved by the Vegan Society or have its ingredients verified by another vegan certification organization.

A vegan cereal’s components must originate from an ethical and sustainable supply chain. It is worth noting that many vegan kinds of cereal include honey in their ingredient list.

Is Cereal Good For You?

Breakfast cereal is a grain-based dish manufactured from pre-cooked or ready-to-eat grains that have been processed. Breakfast cereals may contain nuts, seeds, and/or dried fruits in addition to grains.

Cereals are abundant in carbs and are one of the most effective energy sources. Furthermore, whether puffed, baked, or flaked, cereal can still be included in a healthy, well-balanced diet. It is also critical that you have breakfast on a regular basis.

Fiber is beneficial to our digestive processes. On the other hand, according to research, eating a high-fiber diet can help lower the risk of heart disease and type 2 diabetes. It is important to read the label first because some cereals can be heavy in fat, added sugar, and salt.

Furthermore, look for whole grains that are 100% natural. Whole grains are the healthiest type of carbohydrate for your cereal, and they should be listed first on the ingredient list.

Look for phrases like 100% whole wheat, a different kind like rye or wheat bran. Additionally, you can add nuts to your cereal to make it more filling. 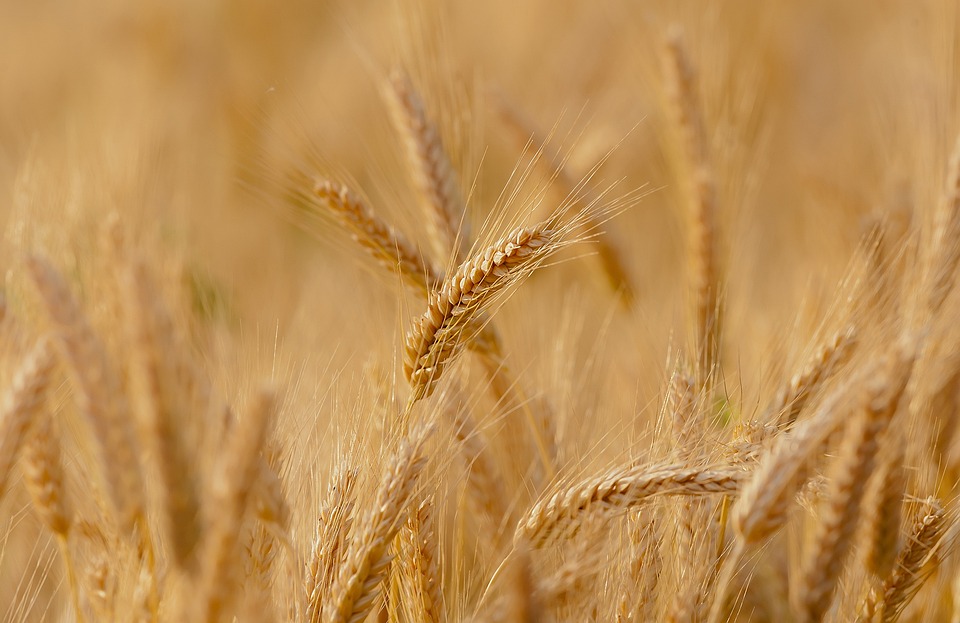 Breakfast cereal, in particular, might be challenging because most cereals contain gluten-containing components such as wheat, barley, and other grains.

Cereal is always a good option, whether it is for a quick breakfast or a quick snack. However, most popular cereals sadly contain gluten.

Gluten refers to the proteins present in barley, triticale, rye, and wheat. Gluten acts as a glue that keeps meals together, allowing them to keep their structure. Furthermore, gluten may be present in a wide variety of foods, including those you might not expect.

Fortunately, many gluten-free kinds of cereal on the market use gluten-free components like buckwheat, gluten-free oats, or maize. Gluten-free cereal is now available in practically every grocery shop and foods retailer store.

You can select high-fiber cereals, cereals with additional fruit, and cereals that would appeal to someone with a sweet tooth if you love a bowl of cereal for breakfast or a snack.

Yes, cereal is keto. For various reasons, the keto diet remains one of the most popular diets, whether individuals want to lose weight, gain energy, or just cut back on sugar and carbohydrates.

When we think of breakfast on the keto diet, we think of a huge dish of eggs. Food producers have started focusing on creating keto items in response to the rising popularity of the keto diet. These keto meals fulfill cravings for some of your favorite high-carb foods. 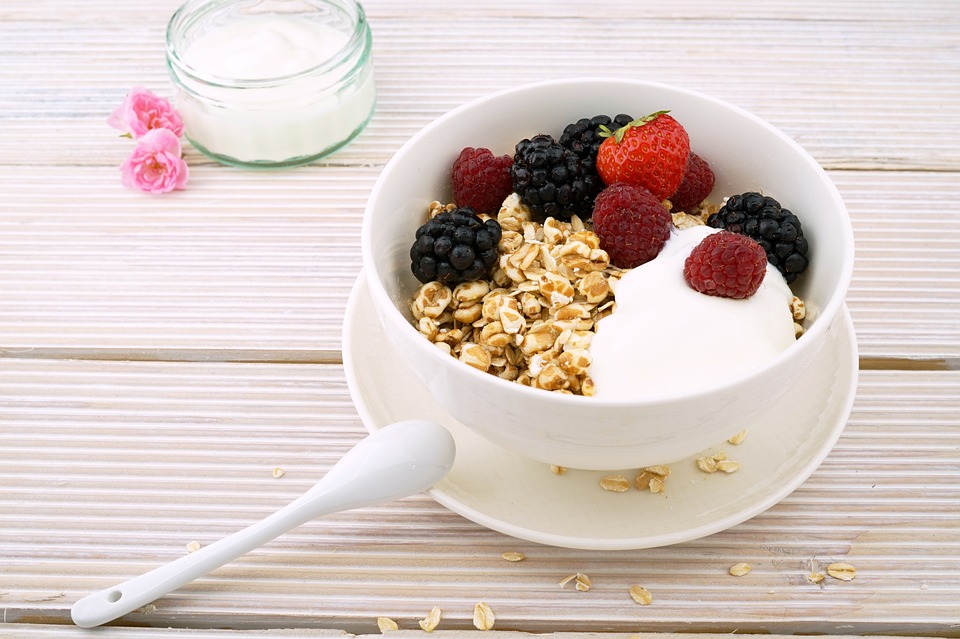 However, they may contain more carbohydrates than you think. Some cereals are extremely low in carbohydrates and suitable for the keto diet, while others are somewhat low in carbs and provide a pleasant alternative to sugar-laden cereals.

Choose cereals without artificial sweeteners or other artificial components. It is also a good idea to choose a high-protein, high-fiber product to help you feel fuller for longer.

On the other hand, low-carb cereals are preferred by those on a keto diet since they are fewer in carbohydrates and higher in lipids. Cereals with fewer carbs are known as low-carb cereals.

In a 2019 study, a low-carb diet may benefit persons with type 2 diabetes by helping them maintain a healthy weight and manage blood sugar levels.

However, a person who chooses to follow a low-carb diet should eat well-balanced, healthy food and exercise often. Similar to the expansion of the gluten-free food sector, keto cereal and other keto-specific items are quickly becoming a new food and supplement trend.

Furthermore, keto cereal goods are pricier than standard cereal selections like other diet-specific supermarkets. While the goal of keto cereal and other keto goods is to help you stay in ketosis, there are a few things to bear in mind before adding them to your shopping cart.

What Are The Best Vegan Cereal Brands?

The good news is that most morning cereal products are vegan-friendly. Following are the best vegan cereal brands available in stores:

A Swiss doctor created the Evoke Organic Muesli after seeing that his patients were not getting enough nourishment. As a result, he developed a nutritious muesli mix that included a variety of essential minerals.

Whole grains, protein, fiber, important omega fatty acids, and vitamins like iron, calcium, and potassium abound in this 100% organic muesli. Not to mention the fact that it is sugar-free, with all but one ingredient coming from natural, organic sources.

Grain-Free Granola from The Granola Bakery

Almonds, crushed cacao beans, hazelnuts, and macadamia nuts are all high in healthy fats in this grain-free granola. Everything you need for a healthier heart.

Furthermore, it is created entirely of natural materials and has no preservatives or artificial flavors. It has a unique combination of coconut and chocolate flavor, as well as a nutty texture from the variety of nuts included in the ingredient.

Additionally, it is a nutritious and wonderful morning granola, especially because it does not include significant levels of sugar or artificial chemicals, which may be harmful to your health.

In the plant-based food market, Kashi is a well-known brand. The Peanut Butter Crunch is simply one of their best cereals. The quantity of protein and fiber per serving in these cereals is double that found in other cereals, which is incredible.

Kashi GO Peanut Butter Crunch Cereal includes 10 grams of sugar per serving, which is detracting even if it is less than other cereals. In addition, each meal contains 13 grams of pure whole grains.

Whole grains, unlike processed grains, are high in nutrients, including antioxidants, B vitamins, protein, fiber, and trace minerals, including copper, iron, magnesium, and zinc.

What Ingredient Make My Cereal Non-Vegan? 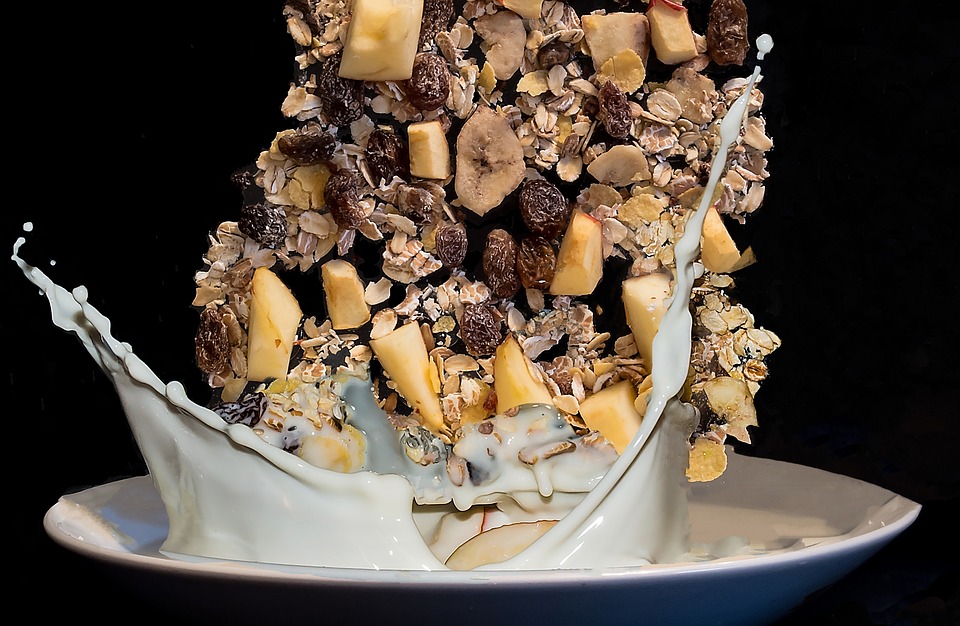 Eggs, butter, and milk are common animal ingredients that make cereal non-vegan. Many kinds of cereal include components that you would not assume are originated from animals.

For example, gelatin or other animal-derived components are used to protect the product from becoming excessively mushy. Breakfast cereals have the following hidden components that make them non-vegan:

May Include Cross Contaminated Ingredients

The great majority of vegans are unconcerned with any cross-contamination in the food manufacturing process. This is because avoiding it is extremely difficult, and only trace amounts of animal products would be present.

Many morning kinds of cereal are fortified with vitamin D, as many individuals are deficient in this nutrient. Vitamin D pills are recommended by experts, which is why it is frequently added to foods like cereal.

Unfortunately, it is not always possible to tell if the vitamin D in cereal is D2 or D3. You can either avoid anything labeled as containing vitamin D or determine that a little bit of sheep wool grease is acceptable, depending on how stringent you are.

Major cereals contain honey as a component. Honey is commonly found in granola and oat-based cereals. They use honey to make their product more natural and enticing.

Vegans, on the other hand, strive to avoid all sorts of animal exploitation. Because of its animal-derived nature, most vegans avoid honey in their diets. According to The Vegan Society, commercial honey production is harmful to bees, and honey is not vegan.

Veganism is a healthy diet that, in certain situations, is better than its non-vegan equivalents. It not only assists you in reducing weight, but it also encourages you to live a healthy lifestyle. Some individuals seek to acquire weight, and cereals play a significant role for them as well.

As every vegan knows, properly following a plant-based diet is difficult, but manufacturers frequently make things far more difficult than they need to be.

With the growing popularity of veganism, cereal manufacturers are beginning to cater to vegan customers in greater numbers than ever before. Several cereal products claim to be vegan. However, they are not certified as such. It is important to purchase certified vegan cereal.

Many firms have simply failed to adapt to the changing circumstances. Veganism has been around for a long time and has undoubtedly become more widespread in recent years.

However, many foods and home product manufacturers have yet to recognize vegans’ requirements. Choosing vegan cereal can be a difficult task. Some chocolate cereal companies are vegan.

The most important thing to look for in a vegan cereal is animal products. You want to be sure the product does not include any milk or dairy. However, other animal-based ingredients might be hidden in the ingredient list. As a result, purchasing vegan-certified goods is recommended. 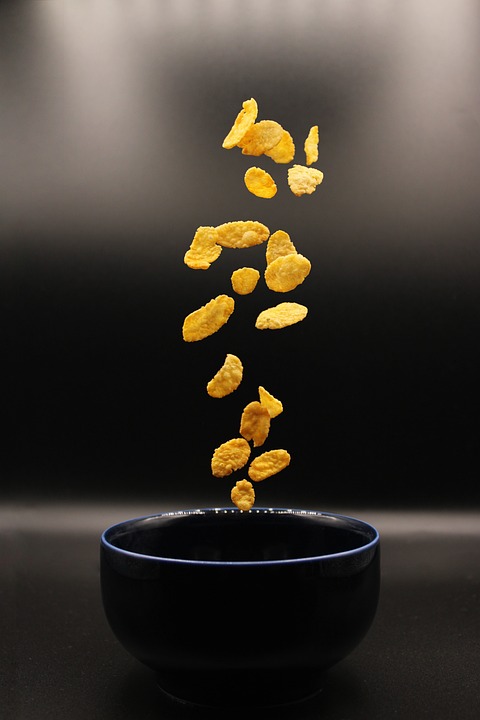 CAN YOU EAT CEREAL GRAINS ON A PLANT BASED DIET?