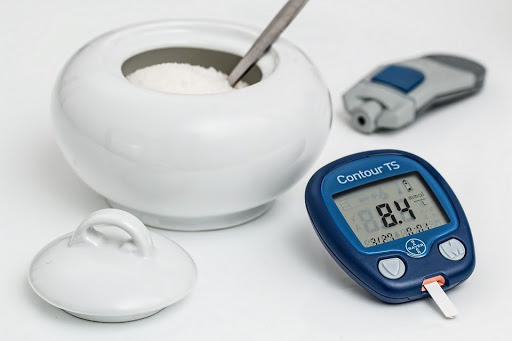 The number of Americans with diabetes stands at a whopping 34.2 million, according to the American Diabetes Association. Poor diet is one of the top reasons for diabetes in the US. So is a plant-based diet good for diabetes?

There have been numerous scientific studies that have proved time and again that obesity and poor diet are the leading causes of diabetes. A plant-based diet is in direct contrast to that, and hence, a good preventive and remedial tool for diabetes. Whole foods and whole grains can combat this condition for both diabetic and non-diabetic people.

There have been success stories where people have reversed their diabetes. That’s contrary to the common belief that diabetes is incurable. It’s very much possible if you commit to a plant-based diet.

Diabetes is a chronic condition in which blood glucose or blood sugar remains higher than usual. The underlying problem is insulin, which is a hormone that introduces glucose into your blood cells. The absence or lack of insulin leads to higher blood sugar levels.

Insulin is produced in the liver. In people with diabetes, it’s either not produced enough, or the body simply does not utilize it well. Those with a severe case of diabetes have to resort to taking insulin to maintain their blood sugar levels.

How Many Diabetes Types Are There?

There are several types of diabetes, but there are two most main ones:

Type I Diabetes: Those with Type I Diabetes do not make insulin at all. The cells that make insulin in their liver get destroyed by their immune system. Such individuals have to take insulin every day in order to stay alive. It can occur at any age but usually appears in children and young adults.

In this type, your body does make insulin, but it’s not enough to process the glucose. So normally people have to take medication and avoid high-sugar foods.

Gestational Diabetes: Gestational diabetes develops in pregnant women due to hormonal changes. Overweight women are more likely to experience this type of diabetes when pregnant. It’s caused by a hormone by the placenta that renders cells insensitive to insulin.

Usually, this type of diabetes goes away after birth. However, it can cause type II diabetes later on in life.

How is Diabetes Diagnosed? If you have a blood glucose level of 126 ml/dl or over after fasting, then you’re likely diabetic. Similarly, if your random blood sugar levels are 200 or higher, you’re diabetic.

For the HbA1c test, a result of 6.5% or higher indicates diabetes. This test is an indicator of your blood sugar levels on average for the past two or three months.

According to the Mayo Clinic, some of the symptoms of type II diabetes are fatigue, frequent urination, blurred vision, frequent infections, and increased thirst.

There can be several causes of diabetes, especially type II diabetes. Usually, it’s a combination of genes and lifestyle choices. Eating bad foods and eating a lot of them is usually the culprit.

A 2014 study about obesity and diabetes found a direct link between the two. It noted that an increase in body mass index (BMI) could lead to insulin resistance. Obesity in young people can also lead to type I diabetes.

It’s no surprise that diabetes is continuously on the rise, given the common eating habits for the past few decades. Fast food and highly processed foods have taken over the majority of people’s diets. Such foods, unlike whole foods, have high calories, high amounts of sugars, and high glycemic index (all red flags, especially for someone with a diabetic family history).

Contrary to the common public opinion that only sugary foods cause diabetes, research has linked high dietary fats to be a leading cause of type II diabetes as well. Usually, sugary foods and high-fat foods go hand in hand, so it can be difficult to make this distinction. A study published in Nature Medicine by researchers at the University of California, Santa Barbara, and Sanford-Burnham Research Medical Institue has established a link between fat and diabetes. According to this research, dietary fats basically apprehend glucose transporters in the beta cells in the pancreas.

In other words, fats cause a malfunction in the beta cells in the pancreas that can potentially lead to diabetes or the severity of diabetes in those already diagnosed.

One particular study conducted in Europe found a low physical activity or PA to be linked with a higher risk of diabetes and cardiovascular diseases. Not just that, they also found low PA in people already diagnosed with diabetes.

Can a Plant-based Diet Reduce the Risk of Diabetes?

Let’s talk about prevention first. It’s been known in the science and nutrition world for a long time that vegetables and fruits are generally good and can prevent chronic diseases like diabetes.

However, newer studies are showing exactly how it does that. Therefore, making the case for plant-based diets even stronger.

A review published in JAMA Internal Medicine in 2019 found that a plant-based diet may lower the risk of type II diabetes by as much as 23%. However, there’s another important takeaway from this study. You have to eat more plant-based food to avoid diabetes, but it should be unprocessed.

The key player when it comes to plants reducing the risk of diabetes, or even curing it, is the beta cells. We’ve already learned that beta cells produce the hormone insulin. If these beta cells in the pancreas don’t function well, they simply don’t make enough insulin.

A study, originally published in Nutrients, covered the effects of a plant-based diet in overweight individuals without diabetes for a 16-week period. This long study found that these individuals, who are at risk of diabetes, saw improvement in their beta cell function.

Is a Plant-based Diet Good For Diabetes?

For those who already have diabetes, it can get rather confusing as to which diets to follow. There’s so much information on the internet, often with opposing views. However, you should rely on science. A plant-based diet can be incredibly beneficial for someone with diabetes. This diet, with its very nature, promotes whole foods, good carbs, lower fat, and lower glycemic index, all of which help manage diabetes.

As a diabetic person, you have to manage your blood glucose levels at all times. This means that such people do not enjoy the liberty of eating all kinds of foods. Vegetables, fruits, nuts, and seeds mostly have a low glycemic index and good for those with diabetes.

A study conducted by the Physicians Committee for Responsible Medicine revealed that a plant-based diet is three times better at controlling blood sugar than a regular diabetes diet. The participants showed improvement in their insulin sensitivity.

Normally, people with type II diabetes have lipid abnormalities. Since plant-based diets are low in fats, they reduce the level of lipid in diabetic patients.

A study published in the American Journal of Clinical Nutrition compared a low-fat vegan diet and a traditional diabetic diet. The results showed the vegan diet was better at controlling plasma lipid levels.

Weight management is extremely important for people with diabetes. Not everyone who has diabetes is overweight or obese. However, their diabetes can get severe and lead to complications if they get excessively overweight.

Plant-based diets are proven to be effective in weight loss. As a result, it can help diabetic patients lose weight if they are overweight and maintain if they are not. With whole foods and whole grains, there are hardly any empty calories in plant-based meals.

Can Diabetes Be Cured?

A plant-based diet may just be your best bet against diabetes. There’s misinformation that diabetes is completely incurable, and a condition you have to live with all your life. That’s not entirely true as research, as well as real-life examples, show. Plant-based diet not only helps keep control of your blood sugar levels, but it can also improve your insulin sensitivity. Again, as the study about beta cells shows, there’s evidence that a plant-based diet can cure diabetes.

Watch this video from Michael Greger of NutritionFacts.org about how diabetes can effectively control and possibly cure diabetes. He discusses research that shows a plant-based diet improves insulin sensitivity.

Most people assume that the main driving factor behind this trend is weight loss. However, in the video, we hear about research that involved no weight loss but still showed the same results. In fact, half of the participants in that research were off insulin in just two weeks.

Interestingly, the research behind the plant-based diet and diabetes goes back to the 1930s. You cannot help but wonder why diabetes is still so prevalent in the US and the world.

The study shows that the benefit actually lies in the compound effect of this type of diet. It simultaneously reduces the risk of heart disease. Moreover, it reduces the risk of cancer and promotes the health of all organs. As a result, it reduces or eliminates dangerous complications and diseases that are often the outcome of diabetes.

Can Diabetes Kill You?

According to the Centre for Disease Control and Prevention (CDC), diabetes is the seventh biggest cause of death in the US. In 2017, 83,564 people died because of diabetes. Now, that’s just the people whose death certificate stated diabetes as a cause.

The picture is bigger than that, as diabetes is one of the leading causes of cardiovascular diseases. That, in turn, is the number one cause of death in the US. Many diabetic people suffer from other conditions that worsen their health and reduce their life expectancy.

Diabetes blood pressure can cause heart problems in the long run. Even though people eventually die of heart disease, the underlying reason would be their diabetes.

Often, the real danger is the complications caused by diabetes rather than diabetes itself. Increased blood glucose levels over a long period can cause:

This is why people with diabetes and those without should take this condition seriously. It can lead to life-threatening complications.

Is a plant-based diet good for diabetes? Yes! Can diabetes go away? Also, yes! It all starts with the lifestyle changes you make and commit to with all your efforts.

A plant-based diet is inherently anti-diabetes. Whether you’re diabetic or not, a diet full of plant products is healthy in so many ways. However, if you’re diabetic, this diet is your best chance at preventing other diseases, controlling diabetes, and perhaps, even reversing it.

The younger you are, the better it is for you to switch to a plant-based diet. It builds your dietary foundation strong enough to resist conditions like diabetes, which are common at old age.

WHAT ARE THE BENEFITS OF A PLANT BASED DIET?

How Long For A Plant-Based Diet to Work?

WILL A PLANT-BASED DIET LOWER TRIGLYCERIDES?