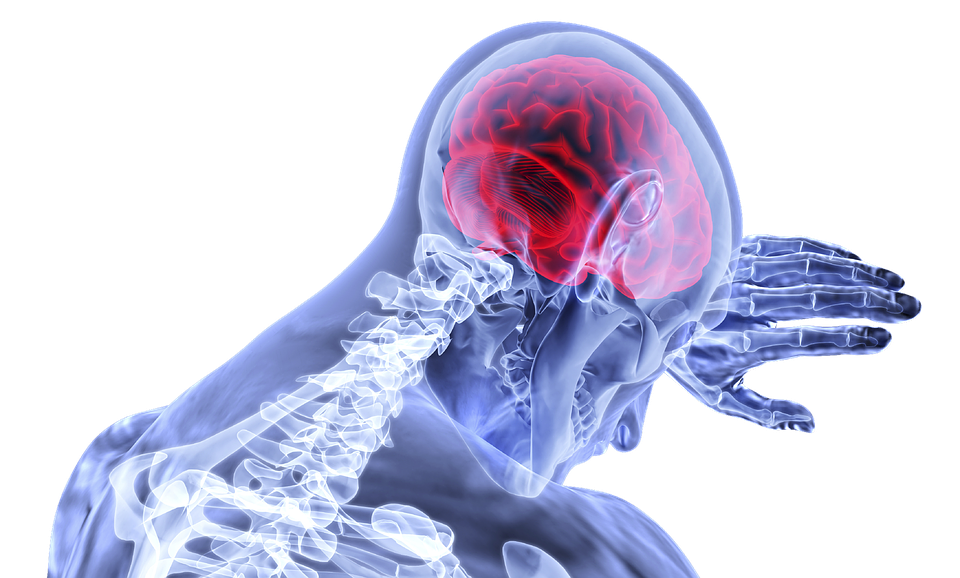 According to the CDC, 795,000 people in the US have a stroke every year. In China, strokes are the leading cause of death. There’s growing evidence that diet has an immense impact on the possibility, and prevention thereof, for a stroke. So can a plant-based diet prevent strokes?

We have come a long way as far as strokes are concerned, as fewer Americans are dying of stroke today than ever before. However, the number is still pretty high if it’s over three-quarters of a million.

Stroke can leave permanent brain damage, too, changing the lifestyle of the patient completely. One can lose movement in the whole one side of the body. Some people have trouble talking or chewing. Not to mention all the costs that add up for treatment and the emotional toll it takes on the patient.

All of this can be prevented with a healthy diet. A plant-based diet could potentially keep you safe from strokes and help those who have had a stroke.

What is a Stroke?

When the blood supply to the brain is interrupted, brain tissue does not get enough oxygen. Therefore, the brain cells start to damage, resulting in a stroke. It’s like an attack, which is a medical emergency.

How do you know you’re having a stroke? There are multiple symptoms, some more prevalent than others. For instance, paralysis or numbness in the legs, arms, or face, is a primary sign.

Other symptoms include dizziness, severe headache, and not being able to see with one or both the eyes. Your jaw and mouth may get stiff, preventing you from speaking (slurrings speech). Similarly, you can have trouble walking or maintaining your balance.

In an Ischemic Stroke, the arteries get blocked or narrowed, preventing regular blood flow to the brain. This is primarily due to clotting or blood pressure getting dangerously low. Plaque can also cause a blockage in the arteries (atherosclerosis).

The Ischemic stroke is further divided into the thrombotic and embolic stroke. The main difference between these is the location of the clot forming. 87% of the strokes are ischemic strokes, according to the CDC.

Transient Ischemic Stroke (TIS) is also called a mini-stroke because it happens temporarily. The symptoms are the same as Ischemic stroke. However, they can last anywhere between a few minutes to a few hours.

It’s a warning trigger and should be seen as a medical emergency. Many people who don’t get proper treatment after TIS get another major stroke within a year, as the CDC data indicates.

A hemorrhagic stroke involves an artery in the brain rupturing or breaking, leading to internal bleeding. The bleeding puts pressure on the skull and brain, causing swelling and damage to the brain.

There are two types of hemorrhagic strokes: intracerebral hemorrhage and subarachnoid hemorrhage. The difference is where exactly the bleeding happens. In the former, bleeding occurs in the tissue surrounding the brain, and in the latter, it’s between those tissues and the brain.

It wouldn’t be wrong to call obesity to be the evil of all evils. You look at all the major diseases killing people in America today, and you’ll find obesity at the back of it. Of course, strokes are no different.

Obesity is a well-established risk factor for stroke. Interestingly, one study conducted in New York City (North Manhattan) in the 90s found that abdominal obesity was an even higher risk than overall high BMI for all ethnic races.

The same paper looks at two of the types of strokes (ischemic and hemorrhagic) and how blood pressure causes these strokes. It points out that controlling BP levels can prevent strokes.

Stroke has long been one of the many complications people with diabetes face. There’s mounting scientific evidence and studies that have shown this relationship. However, a cohort study in Medicine journal looked at the relation with even more detail.

According to this study, the stroke had a more debilitating effect on patients with diabetes. They had a higher mortality rate after strokes. It’s safe to say that diabetes may just be the most dangerous risk factors for a stroke.

People with coronary disease have twice the risk of stroke, according to the American Stroke Association. This is mainly because of the common cause of the two, such as hypertension, high cholesterol, obesity, and physical inactivity.

According to the Stroke Association, if one smokes a pack of cigarettes (20 cigarettes) in a day, they are six times more likely to have a stroke than a non-smoker. That’s not to say that occasional smoking is stroke risk-free. Any level of smoking can damage your heart and lungs, increasing the risk of stroke.

Heavy consumption of alcohol also increases the risk of stroke, in women more so than men. There are various reasons behind alcohol consumption raising stroke risk, but the primary reasons are heart and lung damage. It can lead to high triglyceride levels and high blood pressure.

There are natural factors are at play as well, like age, sex, race, and hormone. According to Mayo Clinic, people over the age of 55 generally have a higher risk of stroke than younger people.

Can a Plant-based Diet Prevent Strokes?

There are mixed opinions when it comes to stroke prevention and vegetarian diets. Different studies have shown different results. However, there clearly is a need for more studies in this regard.

A BMJ study published in September 2019 compared the effects of meat, fish, and vegetarian diets on stroke prevention. This particular study found that a diet containing meat lowered the risk of strokes more as compared with a vegetarian diet.

In numbers, the BMJ study indicated vegetarians have a 20% more chance of having a stroke than meat-eaters. The understandable reason behind this is extremely low levels of good cholesterol in vegetarians and vegans.

This was a big study completed with data collected over an 18-year period. None of the participants had a history of heart disease or stroke.

Other studies have refuted these findings by showing a plant-based diet had a higher potential of preventing stroke. A more recent study conducted in Taiwan resulted in a different scenario. It showed that vegetarians had a 74% lower risk of ischemic stroke, according to Medical News Today.

The overall stroke risk was 48% lower than non-vegetarians. It involved over 13,000 participants from Taiwan. The authors of the study did point out that their results could have differed from the BMJ study because of low alcohol consumption in their participants.

The British study may be a large-scale study, but there’s an overall dearth of studies about plant-based diets and stroke. However, if you take into account the risk factors of stroke, it becomes easier to see why a plant-based diet is good for stroke prevention.

An article published in the Journal of Geriatric Cardiology took the same approach to evaluate the relationship between a plant-based diet and stroke. The author, Thomas Campbell, articulates that the benefit of a plant-based diet for stroke risk factors is quite evident. However, he also raises the concern for more research.

What Plant-based Foods are Best for Stroke Prevention?

A plant-based diet is full of foods that can help reduce the risk factors of stroke, ultimately preventing strokes.

Can a plant-based diet prevent strokes? Yes, the fiber in this diet can. According to a publication in the American Heart Association journal, just 7 grams of fiber each day can reduce the risk of stroke by 7%.  A plant-based diet is inherently rich in this extremely vital nutrient.

So what are some of the foods you should increase in your diet?

If you eat your greens every day, you’re less likely to have a stroke. Leafy greens like spinach, cabbage, kale, swiss chard, romaine lettuce, and arugula are super healthy.

According to researchers at Harvard University, the greens are the strongest defense against heart diseases. It also iterates that those who eat eight or more servings of vegetables and fruits reduce the risk of stroke by 30%.

Nuts are great, but they are especially great if you want to avoid a stroke. Peanuts, in particular, can be great for reducing the risk of stroke. Similarly, walnuts, pistachios, and almonds reduce the risk of both heart disease and stroke.

Nuts may also be good for stroke prevention because they regulate cholesterol levels. As a result, they keep good cholesterol optimal.

Whole grains are extremely important for stroke prevention as they are the main source of dietary fiber. As Dr. Michael Greger of NutritionFacts.org explains in this video, dietary fiber has been associated with stroke prevention for decades now. It’s especially good for kids and young adults as fiber prevent the stiffness of arteries near the brain.

Garlic is another vegetable you want to make a regular in your diet. Studies involving plant-based diets have shown garlic, in particular, is helpful in reducing the risk of heart disease and stroke.

There are mixed opinions about coffee and stroke prevention. However, most studies point out coffee being beneficial, especially if consumed on a regular basis. This meta-analysis of several cohort studies found that those who drink four cups of coffee have a lower risk of stroke.

Citrus fruits could be great for stroke prevention, especially for women. The key compound in these fruits is a compound called flavonoid. Research shows that this compound, which is also there in dark chocolate, is linked with stroke prevention.

Can You Recover From a Stroke with a Plant-based Diet?

If you’ve had a stroke, eating well can have a significant effect on recovery. Recovery from stroke is very much possible, but the time differs greatly. It could depend on a person’s individual circumstances and the level of damage to the brain and arteries.

A plant-based diet rich in whole-foods can potentially accelerate recovery. All the foods mentioned above can be eaten in the recovery period and will show results.

You have to make changes to your whole lifestyle, including your diet. Exercise will also help with recovery, especially if you’ve lost control of certain movements. Similarly, physiotherapy can be helpful with muscle recovery after a stroke.

Your goal is to get back to your normal life while sustaining the changes you have made. This is imperative for preventing a second stroke.

Can a Stroke Kill You?

According to the CDC, strokes are the number one cause of disability in the country. So even if the stroke is not fatal, it can lead to permanent disability.

The CDC data also indicates that 140,000 people die from strokes. Therefore, stroke is a deadly attack that everyone needs to fight way in advance.

IS A PLANT-BASED DIET GOOD FOR HEART DISEASE?