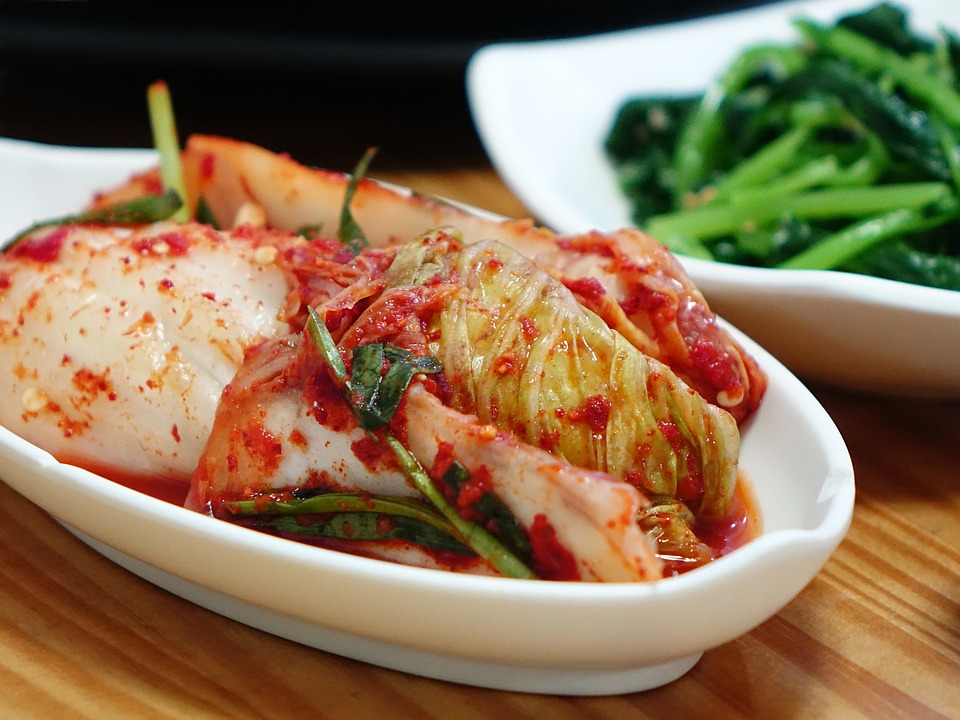 You’re probably familiar with the national dish of South Korea, kimchi, available in supermarkets, Asian grocers, and Korean restaurants. You’d think that it would be vegan or vegetarian, at least. But really, can vegans eat kimchi?

Like many other apparently vegan things, it cannot be said outright that kimchi is vegan-friendly. Although vegetables are the hero of this Korean staple, there can be other problematic ingredients, problematic for vegans. So you have to be a bit more discerning when ordering kimchi at a restaurant or deli or when buying those beautiful jars in store.

But it’s not entirely off vegan diet either, as there are vegan options. Plus, aside from being delicious, it may also carry some health benefits. So let’s dig further!

Kimchi is a fermented side dish from Korea, made by fermenting vegetables, particularly cabbage or radishes. However, there can be other vegetables as well.

While it’s a common side dish in Korea that people consume regularly, it’s also used in other recipes as well. It has gained a lot of popularity in other countries, especially with those who like spicy Asian food.

The flavor profile of kimchi is quite diverse, with many different recipes out there, ranging from more traditional ones to modern takes with new additions. However, garlic, ginger, and some seasonings are a must for it.

Kimchi can be fermented in one to two days, but for longer fermentation, refrigeration is necessary. It was originally used as a way to preserve vegetables. 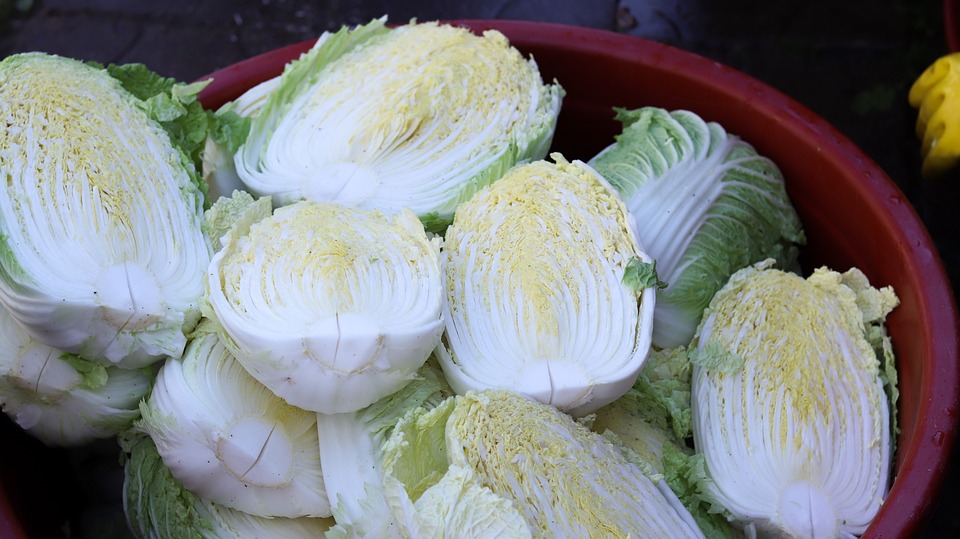 That all said, these ingredients, although historically important for kimchi, are not something that cannot be avoided when making kimchi. It’s possible to ferment vegetables and make kimchi without adding fish sauce, shrimp paste, or the likes of them.

So, it depends on the ingredients really whether kimchi is vegan or not!

If you’re buying kimchi from stores, you can choose vegan brands or read the list of ingredients to determine whether it’s vegan or not. Products may or may not be certified vegan, keep in mind. 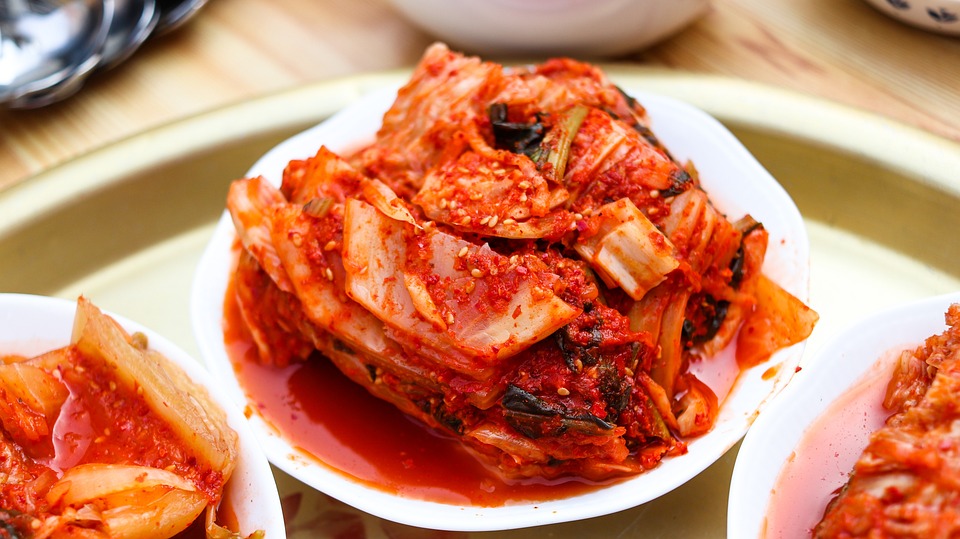 Kimchi recipes used a variety of spices and condiments, including dried chili powder. That can make kimchi spicy. However, not all varieties are spicy.

If you prefer keeping the spice level down, it’s best to make kimchi at home with vegan ingredients and a very little seasoning or chili powder. There are many vegan kimchi recipes.

What are Some Vegan Kimchi Brands?

Some brands have come up with vegan versions of kimchi, free from any seafood-derived ingredients. That’s because the vegan market is growing by leaps and bounds, so much so that even non-vegans are buying vegan products.

However, the variety is still somewhat limited, but you can still find vegan kimchi in most supermarkets.

Nasoya and Mother in Law’s make vegan kimchi varieties. The latter specializes in kimchi producing the Korean staple using a family recipe. Their Vegan Table Cut Napa Cabbage Kimchi is vegan but not certified by any third party as such. Nasoya also makes a vegan version of its famous Spicy Kimchi.

Is Kimchi Good for You? 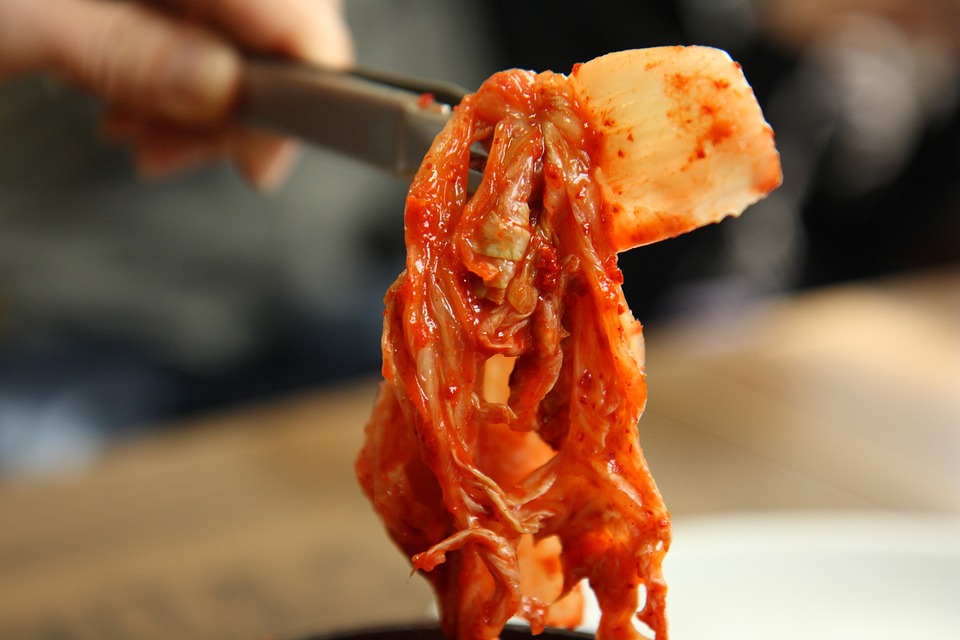 Kimchi is touted as a healthy staple in Korea as well as outside Korea. While traditionally it’s not vegan, it does have some impressive health benefits, which, by the way, you can reap even in the vegan options.

Like any other fermented food, kimchi is a probiotic. This means that it can help improve gut health by improving the gut microbiome. This results from the lactic acid, which is produced by the fermentation of the vegetables like cabbage, radishes, and ginger.

According to WebMD, kimchi may also improve the immune system, which, as we know through research, is linked with our gut microbiome. Vitamin C is also responsible for this incredible benefit of the Korean staple.

Vegetables in kimchi have their own unique benefits to offer. For instance, cabbage, which is a cruciferous vegetable, is good for heart health. With its anti-inflammatory and antioxidant properties, kimchi made with cabbage can be good for those with heart disease and those at risk of it.

Of course, you can make it healthier by making it vegan entirely. Non-vegan kimchi contains fish sauce which is very high in sodium. So you’re better off without it in your kimchi.

How Long Does Kimchi Last?

Kimchi is a fermented probiotic. So, it has a longer shelf life, provided the conditions are just right. At the same time, it can continue to ferment over time, which can alter its taste and intensity.

With longer fermentation, it can become tangier while the spice level lowers. Normally, kimchi can last for up to a year if kept in cool conditions and away from oxygen. Packaged kimchi has a longer shelf life, but it may not have a long shelf life once opened.

Make sure to read the label as to how long it can last once opened. Also, make sure to keep it in a cool place or in the refrigerator with the lid tightly closed.

At room temperature, kimchi may last only for a week.

So can vegans eat kimchi? Yes, if it doesn’t contain any non-vegan ingredients.

Kimchi in its purest form contains fish sauce, shrimp paste, etc., which are obviously not suitable for vegan ingredients. However, there are vegan kimchi options. You just have to look for them if you enjoy this Korean side dish and condiment.

Better yet, you can make your very own vegan kimchi at home. It will be fresh, vegan, and just how you like it! 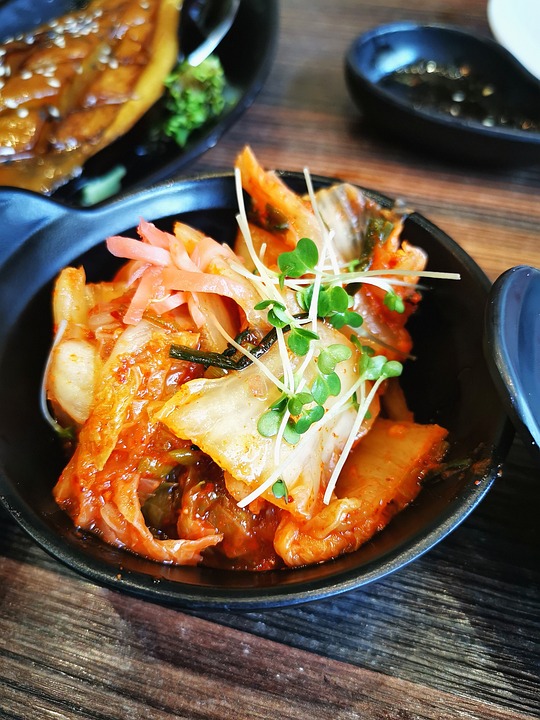 What is the Best Fish Oil for Vegans?